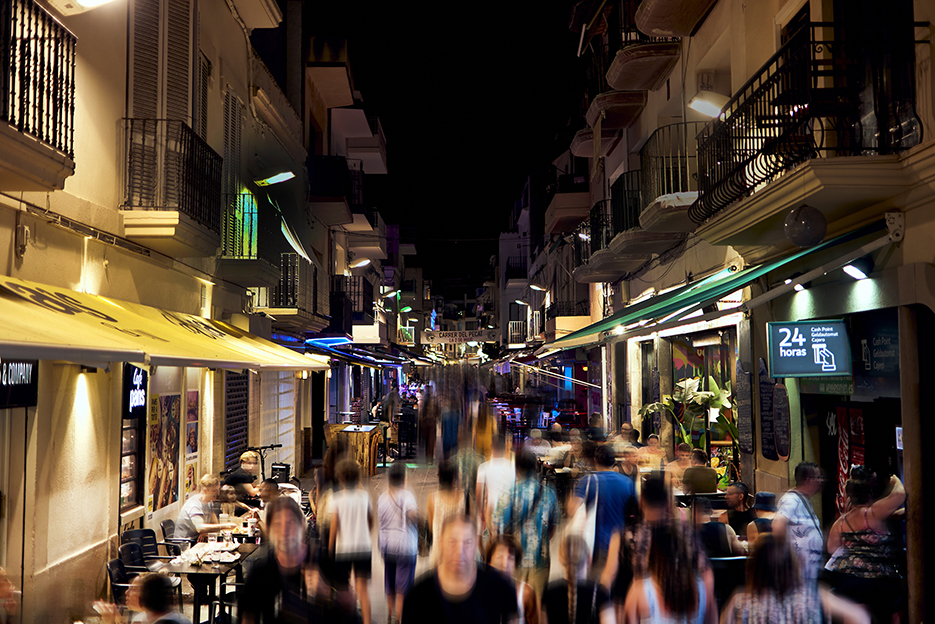 A new form of violence is on the increase at nightclubs, music bars and parties through Catalonia and the rest of Spain, with a rise in reported cases of young women getting pricked with medical needles.

Last week Spain’s Justice Minister Pilar Llop said that the rise in cases was ‘generating an alarm in young girls’ and it is ‘a serious act of violence against women’.

Each day there are more reported cases of needle jabs taking place at nightlife venues. The latest data, throughout Spain, is that around 60 cases have been reported. In Catalonia, at the last count, there were 23. And in the local area there have already been three cases, including one in Sitges.

The authorities have insisted that people should not panic or be unduly alarmed, since, at the moment, none of the needle attacks in Catalonia have shown that substances were injected, nor have they been related to crimes of sexual violence.

Spanish police so far have found evidence of drugs in just one victim, a 13-year-old girl in the northern city of Gijón who had the party drug ecstasy in her system. Local media there reported that the girl was quickly taken to hospital by her parents, who were near her when she felt a prick with something sharp.

Last week the Catalan police, the Mossos d’Esquadra, were investigating 14 nightclub needle attacks, 11 of which were in the seaside town of Lloret de Mar, and three in Barcelona. In all cases, victims were young party-goers aged between 18 and 25 years. Just one of the victims was a man.

In the northern Costa Brava town of Lloret de Mar, the first attack was reported on 10 July. Since then, several others have been reported, including one in Sitges, but chemical substances have not been found in any of the blood tests. Women who quickly reported the surprise needle attacks to police were able to give blood that has been analysed for any substances.

One of the hypotheses put forward for the attacks is the implementation of sexual terror, and in order to expel women – in most cases girls, although there are also boys – from nightlife spaces.

As reported last week, the Catalan police have been in touch with French officials to share information as hundreds of cases have also been reported in France.

French police have tallied over 400 reports in recent months, and also said the motive of the jabs was unclear. In many cases, it wasn’t clear if the victims were injected with a substance.

Waves of needle pricks at musical events also have confounded authorities in Belgium, the UK and the Netherlands.

Spanish health authorities said they were updating their protocols to improve the ability to detect any substances that were possibly injected into victims. The toxicological screening protocols call for blood or urine tests within 12 hours of a suspected attack. The guidelines advise victims to immediately call emergency services and go to a health centre as soon as possible.