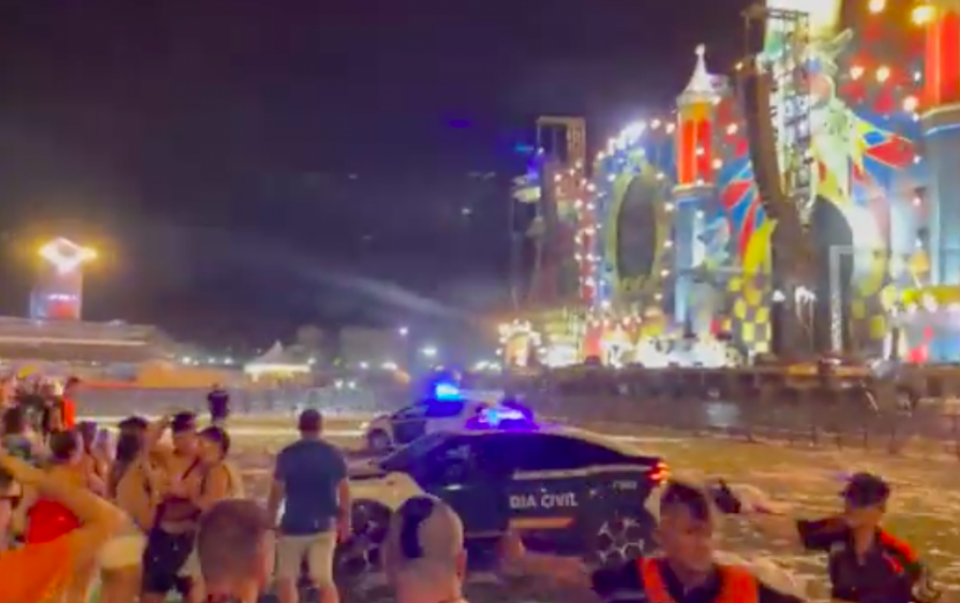 After one person died and dozens were injured early on Saturday morning when powerful winds hit a music festival near Valencia, the organisers have since announced that the six-day dance music event is now cancelled for this year.

About 40 people needed to be taken to hospital, including three with serious injuries, regional health services said. The Valencia authorities have set up a special telephone number for people affected or related to the incident at the festival (see Tweet below). It is: (+34) 900 365 112.

The incident occurred shortly after 4am at the Medusa Circus of Madness dance music festival on Cullera beach, some 50 km south of Valencia.

‘At 4.18 am, part of the stage at Medusa Festival collapsed in Cullera due to a strong gust of wind,’ the 112 emergency services said on Twitter.

‘One person died and three were seriously hurt with multiple injuries,’ it said, indicating 14 others sustained light injuries. The health authorities later raised the toll to 40 injured.

A young man in his early 20s died after being hit by parts of the stage as it collapsed at the event which had been expected to draw some 320,000 festival goers over the six days. Some of the large structures making up the festival entrance also blew down.

Footage on social media showed powerful winds sweeping through the venue, trees and large structures bending dangerously, and debris flying everywhere as people fought to hold onto their tents and salvage their belongings.

Spain’s AEMET weather service said the Valencian coast had been hit overnight by various ‘warm downbursts’, a weather event in which a powerful downward current of air hits land then spreads out in all directions.

‘We are completely devastated and appalled by what happened last night,’ the festival management said in a statement on social media, conveying condolences to the victims and their family and friends.

It said an ‘unexpected and violent gale’ had ravaged certain areas of the festival just after 4am, forcing the management ‘to immediately evacuate the concert area to ensure the safety of the festival goers, staff and artists’.

Organisers initially said that the six-day festival was suspended for the ‘time being’, but during Saturday they announced that this year’s event is now cancelled.

‘An absolute priority for us is the safety of our attendees at our event, as well as staff and artists,’ they said in a statement on their Facebook page. ‘We believe that everyone who knows us knows that it is important to protect you all at each of our events. Therefore, and because that is still our maximum, the organisation of Medusa Festival have taken the decision to cancel our festival permanently. The adverse and unexpected weather conditions that were predicted continue to happen throughout the day force us morally and responsibly to end our 2022 edition.’

Valencia’s regional leader Ximo Puig wrote on Twitter it was ‘a terrible accident that has shocked us all’, offering his ‘deepest condolences to the family and friends of the young man who died’.

The @Generalitat and @GVA112 have established a special telephone number for people affected or related to the incident at Medusa Festival in Cullera, Valencia