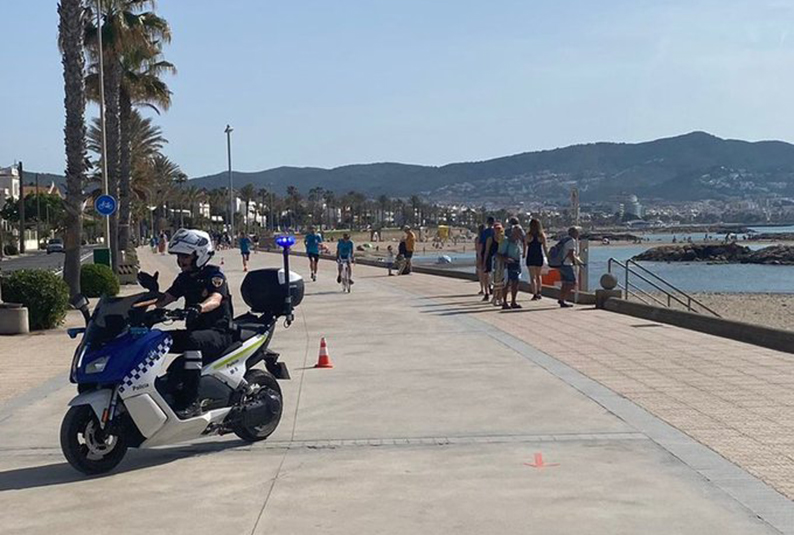 A 42-year-old man, a resident in Sitges, was running on Avinguda Ramon de Dalmases near the new Caprabo supermarket in the ‘La Plana’ area of the town, when he collapsed and lost consciousness, having suffered a cardio-respiratory arrest on Wednesday evening.

The rapid response of a local police patrol, two health professionals who were in the area and, minutes later, two ambulances, helped to save the man’s life.

After the man collapsed, witnesses called the emergency number and within minutes a police patrol arrived, equipped with an AED device (automated external defibrillator), with which they carried out resuscitation.

A pediatrician and a nurse who were passing through the area also joined the recovery operation and performed cardio-pulmonary resuscitation, which proved decisive in saving the man’s life.

Minutes later, two ambulances arrived, and with doctors who took charge of the situation. A little while later the man began to recover his vital signs and knowledge. He was transferred to hospital, where he was admitted to the emergency department, and with his condition reported as stable and under control.

The mayor of Sitges, Aurora Carbonell, congratulated the police officers and stressed that ‘a quick reaction is vital in moments like these’. The agents have also contacted the man’s family.