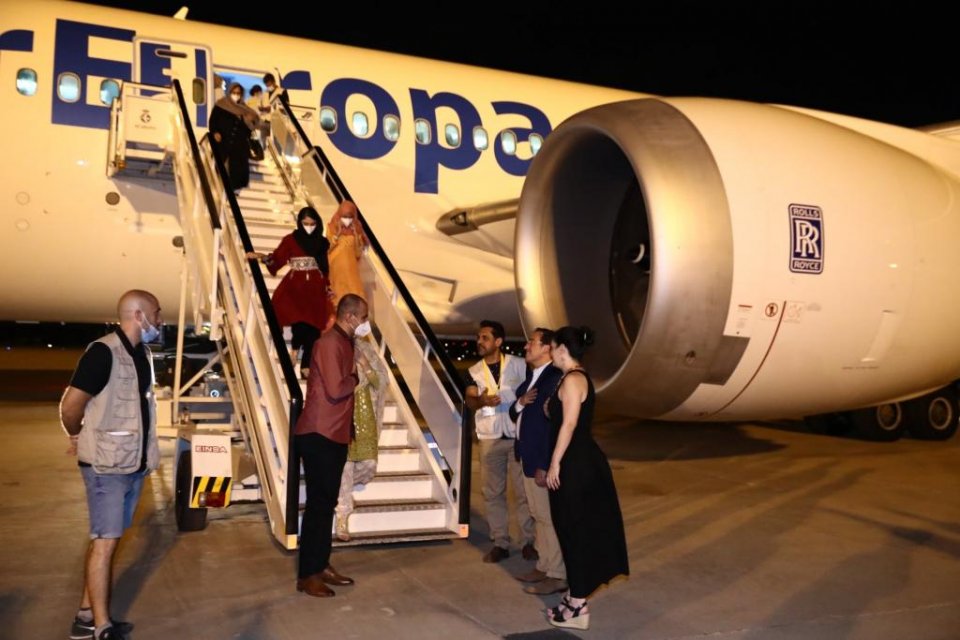 A plane chartered by the Spanish government has evacuated 294 more Afghan refugees via Pakistan to Spain, bringing the total number evacuated by Madrid since the Taliban takeover of Afghanistan last year to 3,900.

Spain said the latest group of Afghan workers and their families flew into the Torrejón de Ardoz air base near Madrid late on Wednesday night and were met by government officials, including Spanish Foreign Affairs Minister José Albares.

‘This flight is further evidence that we are keeping our commitment to not leave anyone behind,’ Albares said in a statement.

The group included people who had worked for or helped Spanish government officials and Spanish troops stationed in Afghanistan before the Taliban takeover. The statement said Spain has carried out five evacuation operations over the past year.

Albares told Spain’s TVE national broadcaster on Thursday that the government will continue to bring former Afghan workers and their families to Spain, but for security reasons he couldn’t say how many.

Spain launched the flights to bring workers who hadn’t been able to leave Afghanistan during the airlift operation in August 2021, when it pulled out about 2,200 Spaniards and Afghans via Kabul’s airport.

The operation officially concluded on 27 August after 17 Air Force A400M round trips (Dubai-Kabul-Dubai), ten Air Europe flights (Dubái-Torrejón) and one A400M trip from Dubai to Torrejón.

Just one day earlier there had been a double attack close to Kabul airport in which at least 60 Afghan civilians and 13 American military were killed.

Once that mission was completed, the Spanish authorities continued making arrangements to transport more people who had managed to leave Afghanistan by land and could be picked up in Pakistan.