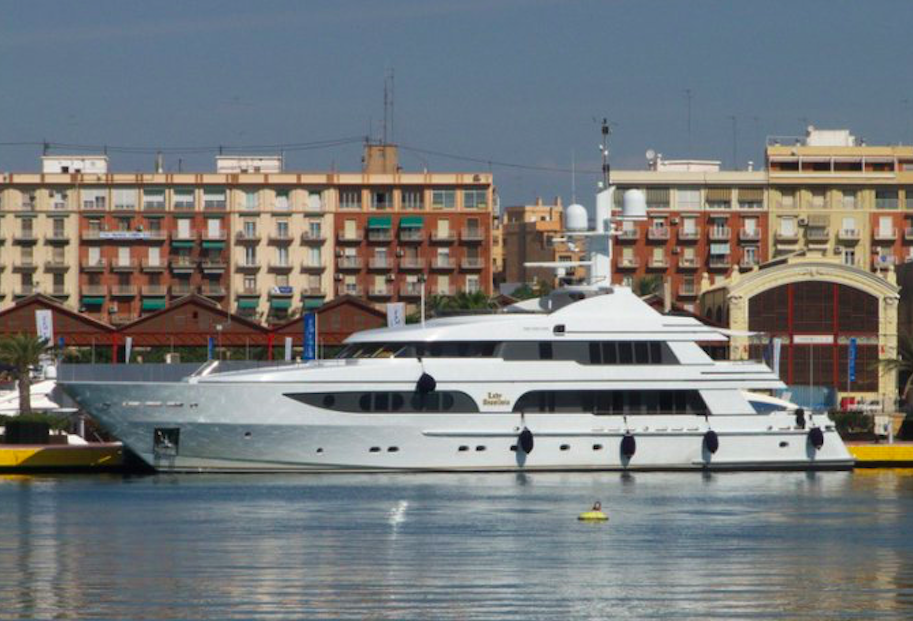 A Ukrainian sailor was arrested in Mallorca by Spain’s Guardia Civil on Saturday for trying to sink a €7 million luxury yacht owned by Alexander Mijeev, the CEO of Rosoboronexport, a Russian military weapons company. The news was first reported by Spain’s Ultima Hora.

Taras Ostapchuk, 55, allegedly tried to sink the 156-foot yacht, Lady Anastasia, by flooding its engine room. He had been working on the yacht as a crew member for around ten years.

Ostapchuk reportedly shut down the electricity and then closed the fuel valves, before asking three other Ukrainian crew members to leave the ship. They later reported him to the authorities, calling him crazy and demanding him to close the valve that was causing the leak, according to Spanish media reports. The yacht was left with a destroyed engine room.

According to reports, Ostapchuk had been watching TV images of a Russian cruise missile hitting an apartment block, and which he took to be a cruise missile produced by Mijeev’s company. He later went to the yacht in Port Adriano to cause ‘material damage’.

When the Guardia Civil arrived, he told them: ‘The owner of this yacht is a criminal who makes a living selling weapons and which now kill Ukrainians.’ He appeared in court on Sunday and the judge released him on charges. He claims he had no intention of causing harm to life but that he didn’t regret his actions, saying he ‘would do it again’.

According to the local press, he said: ‘I watched the news about the war. There was a video of a helicopter attack on a building in Kyiv. The armaments used are produced by the yacht owner’s company. They were attacking innocents.’

Ostapchuk later said he would catch a flight to Poland from Majorca on Sunday before getting on a train or bus to the Ukrainian capital.

He told local media: ‘I’m going to fight. As soon as I reach the first Ukrainian city I will look for a military commander and ask him if they need me.’