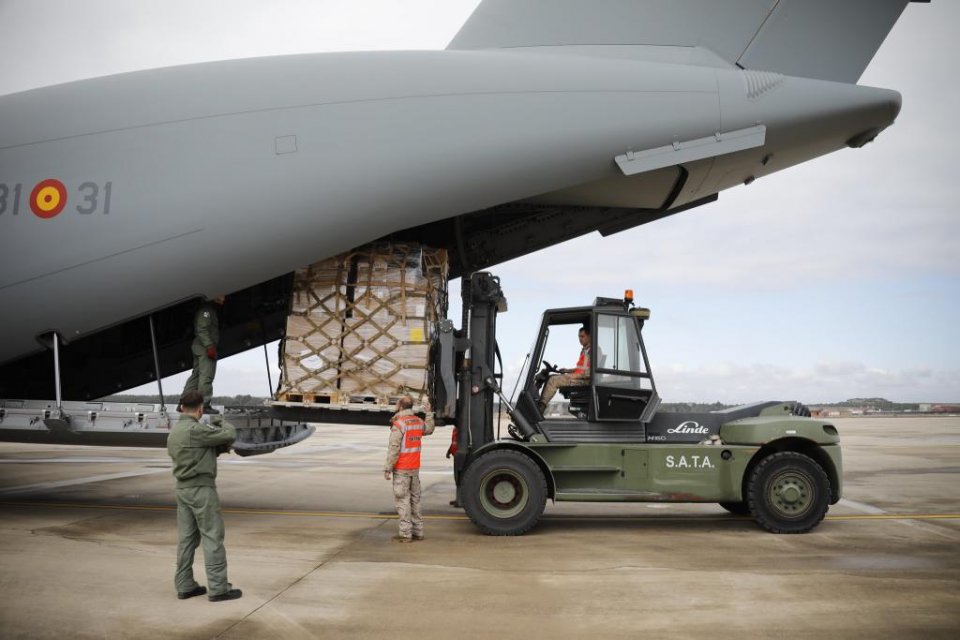 The Spanish Minister for Defence, Margarita Robles, attended the loading of one of the two A400M aircraft from the 31st Air Force Wing at the Torrejón Air Base on Sunday, which will be transporting the equipment and medical supplies.

The planes will land and drop off the cargo at an airport in Poland, close to the Ukrainian border, where it will be picked up by the Ukrainian authorities.

The cargo carried by the aircraft consists of medical supplies (masks, gloves and medical protection suits) and defence and personal protective equipment provided by the army (helmets, flak jackets and NBC protection).

The Minister for Defence thanked the Spanish Army and Air Force for the great effort they have made so that this material could be transferred at the weekend.

Robles also announced that the Military Health Service has offered the Ministry of Health 75 beds in the Central Defence Hospital and 25 in the Military Hospital of Zaragoza to attend to Ukrainian wounded.

The aid sent by Spain ‘urgently’ will be in addition to the aid sent in coordination with the EU, which will be agreed at a meeting of the foreign ministers of its member states, on ‘coordinated mechanisms for the delivery of material’, according to Robles. In addition, the bloc is holding a meeting of defence ministers on Monday to address the situation.