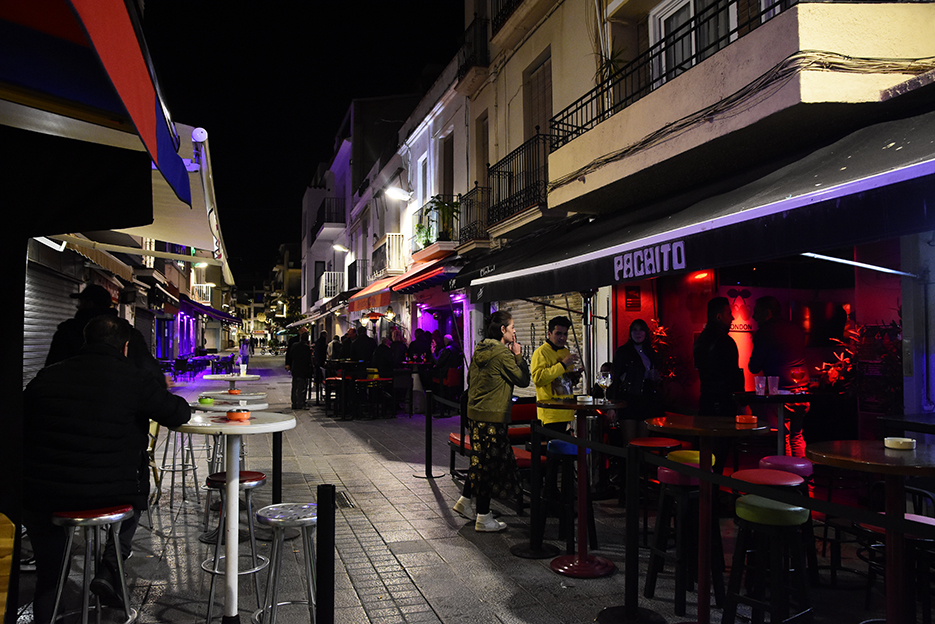 The first weekend without a night curfew took place without any incidents in Sitges: there were no ‘botellones’ (street drinking parties) or bars that stayed open beyond the permitted hour of 1am, as happened last week with an establishment. The local police deployed a follow-up patrol, but no action was taken. Prior to 21 January, a 1am-6am night curfew had been in place in Sitges, requiring people to remain at home.

Since 24 December, bars and music bars have been allowed to open only until 1am, as marked by the current regulations of the Catalan government. Nightclubs remain closed, however.

After 1am in the ‘Dos de Maig’ street in Sitges last Friday night, there were some groups of youths who stayed out longer for a while, but there were no drinking parties on the street or on the beach. The low temperatures also meant that people didn’t hang around for long.

Neither the local police nor the Mossos d’Esquadra had to take any action or intervene in any incidents at the weekend, unlike during midweek when they had to close a bar with 26 young people outside the permitted hours. The bar re-opened on Saturday. Overall, and even without the night curfew, the activity seen at bars in Sitges last weekend was much lower than usual.