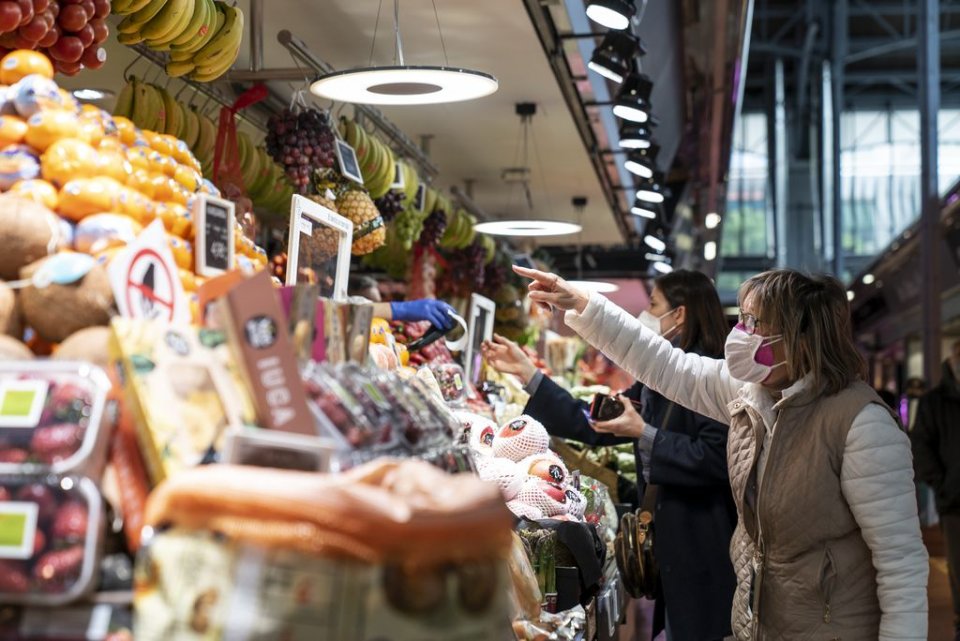 Spain’s inflation rate soared again in November, as data released this week shows the crippling impact of rising food prices, on-going supply chain issues across Europe and the lingering effects of Covid-19 on the economy.

The data, released by the Bank of Spain on Monday, shows that consumer prices rose by 5.6% in November; the highest rise since September 1992.

The figure for core inflation, that takes in to account volatile or unusual items that impact prices in the short term, increased by 1.7%. This was the fastest that this rate had risen since July 2013.

Speaking about the data, the Bank of Spain’s Governor, Pablo Hernandez de Cos, said that the figures should not deter the current economic policy stance of keeping monetary stimulus, as more critics to the policy are urging the Bank to start withdrawing the measures.

Economists are expecting the price increases to reach peak levels in November, a view that is shared by the European Central Bank. A Central Bank board member, Isabel Schnabel, said that euro-zone price rises were expected to decrease to below the 2% target after the November highs.

Consumer prices rose by 5.6% in November, the highest rise since September 1992

As the European markets reacted to the news this week, De Cos said that there continued to be significant challenges facing the Spanish economy, citing supply issues, rising inflation and increasing cases of Covid-19 that may be prevalent in the weeks ahead, particularly with the newly identified strain of Omicron spreading into Europe.

He explained that because of these pressures, the growth forecast was being revised downwards slightly again for the fourth quarter and into the first quarter of 2022.

Overall, there were likely to be ‘significant downward’ revisions to the Bank’s forecast of economic growth in 2021 and forecasts for 2022. An update is due to be announced during December.

Highlighting the difficulties ahead in the next few months, De Cos said that Spain’s economic outlook was dependent on the level of household consumption and the implementation of the European Recovery Funds.

During the presentation to the upper house of parliament during a budget commission hearing, he said that ‘although the expectation of recovery is real, its speed and depth are subject to a high degree of uncertainty’.

Spain’s recovery from the pandemic, which saw its GDP decrease by 10.8% last year, is moving slower than other European countries and the pace of recovery is not as quick as was first forecast.

The European Commission is forecasting Spain’s economy to grow by 5.5% in 2022, a figure that is down on the original 6.3% forecast. Also read: GDP forecasts revised, as Spain’s economic recovery slower than France, Germany.

The government, however, remains bullish and is still forecasting growth of 7%, despite the challenge of high inflation and supply issues that have escalated over the last quarter.