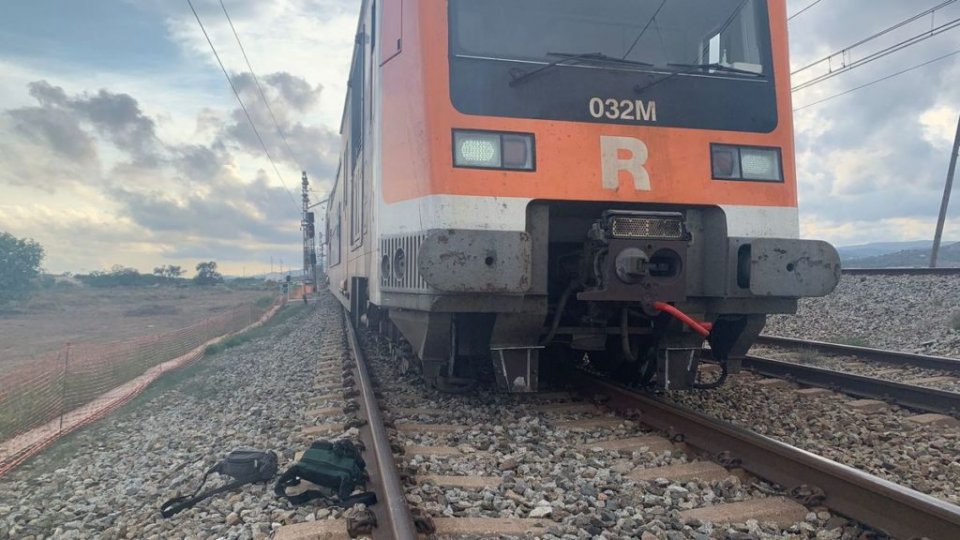 A train derailment on Monday in El Prat de Llobregat caused a headache for many commuters trying to return home after work – and for many on their first day back at work after August. The situation required a replacement service, which meant people were arriving back in Sitges up to three hours later than planned.

The derailment occurred due to a problem in the points that separate the tracks for trains going to Sitges from those to the airport. The incident did not cause any injuries among the 250 passengers on the train from Sants to Sant Vicenç de Calders, but it meant the line was out of service to the south.

Initially, Renfe reported that this was a technical problem and that the delays would be 30 minutes. Finally, once the extent of the problem was known, the company clarified that it was a derailment and organised an alternative transportation service. The problem affected travel in both directions, to Sitges and Barcelona. Many passengers chose to use an alternative bus service, but which then collapsed due to high demand.

The service was finally resumed on Tuesday morning, initially with a single route between Gavà and El Prat, and which caused delays of 45 minutes, in both directions. At around 8am, the delays were between 15 and 20 minutes, as the trains had to reduce their speed on the affected section. Engineers removed the derailed carriages on Tuesday morning.

Coronavirus in Spain (7 Sept) – now over 85,000 deaths since start of pandemic

Minimum wage set to increase, as economy continues to recuperate