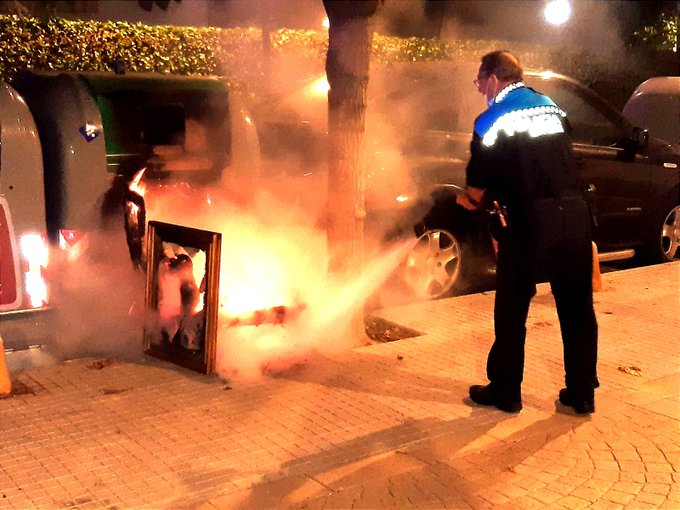 In the early hours of the Festa Major, there were several fights in the Carrer de la Bassa Rodona, which required the intervention of the Mossos d’Esquadra. The incidents took place after nightclubs were closed, and with the beaches and breakwaters attracting dozens of young people, as in recent days.

There were various different incidents, some with fights between groups of young people and teenagers, and others with acts of vandalism – such as destruction of garden fencing and the burning of a rubbish container – which also required the intervention of the Mossos.

It is the second container that has been set alight through acts of vandalism in the past few days, as another occurred over the weekend, which was extinguished by local police officers. Their rapid action prevented the flames from affecting a vehicle parked next to it.

The presence of the Mossos helped to neutralise the recent fights and disperse the participants. No arrests were made, although an investigation continues to determine whether to report any of the participants in the incidents. The Town Council is also waiting for the reports to decide whether to initiate proceedings.

The Mossos deployed a special patrol in Sitges on Monday. During weekend nights, various patrols also operate as a precaution, especially in La Ribera, to control the concentration of young people on the beach once the bars close, at half-past midnight.