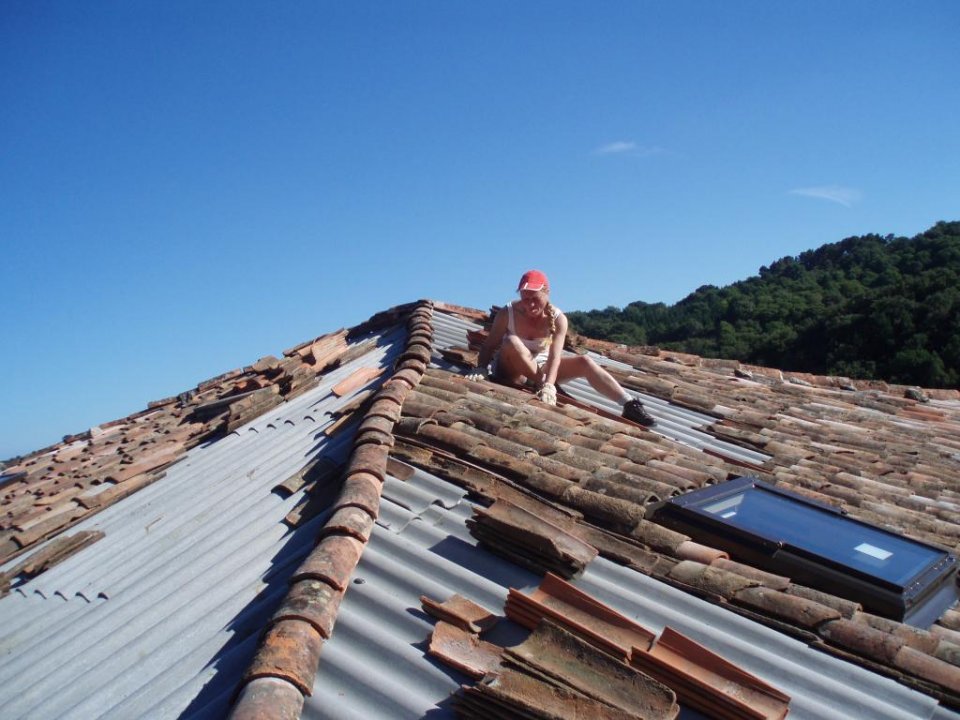 It’s been over twenty years since Chris Stewart first shared his adventures of starting a self-reliant life in the Alpujarra mountains in Southern Spain. Since his book, Driving Over Lemons, became an international success, many expats have been drawn to life in rural Spain, especially in Andalusia.

But Lisa Rose Wright and her partner ‘S’ don’t seem to care for a new life in the sun. Unlike most expats, they choose a path less travelled and decide to attempt the good life in rural Galicia — a part of Spain famous for its cooler climate and frequent rain. Her memoir, Plum, Courgette & Green Bean Tart: A year to write home about, documents the first year of their search for la vida dulce in Northern Spain.

Many of the themes depicted in the book will sound familiar to memoir readers; renovating a dilapidated old cottage, meeting new neighbours, learning the language, and making a new, strange place home. However, what makes Lisa Rose Wright’s memoir different is the location.

Galicia, often labelled as the Switzerland of Spain, is probably the most well-known to readers from travelogues depicting the Camino de Santiago — the famous pilgrimage, and nowadays a popular hiking route, that leads to Santiago de Compostela. While many travelogues depict the local people and places somewhat superficially, Wright’s memoir lets the reader get to know the locals and their everyday lives.

We meet their friends and neighbours in the tiny Galician village where they settle and explore the new life through Lisa and her partner’s eyes. The book covers a year in Galicia where the reader gets to live vicariously through their experience: from the never-ending chestnut collection in autumn, clearing the land to grow vegetables, fixing the roof, trying to stay warm in a house without windows, making endless preserves from an abundance of fruit and vegetables, keeping bunnies and chickens, and learning how to slaughter a pig to provide enough meat for a year.

Lisa’s passion for cooking, inventing new recipes from home-grown produce and adapting English recipes to preserve a seemingly endless supply of apples, apricots, and walnuts in autumn, and the titular plums, courgettes, and green beans in the summer, is formidable.

When they’re not busy looking after their land, cooking, and fixing the roof, Lisa and S explore several famous Galician towns and cities nearby. These escapades give the reader an opportunity to learn more about the region, its Roman past, its unique culture, and the Galician cuisine, which goes far beyond octopus and seafood.

For readers interested in languages, it may be of interest to learn words and expressions in gallego which, as I found out, is not a dialect of Spanish, but a language of its own. Through the medium of diary entries and letters documenting their life in the countryside, and with snapshots of trips to the bigger cities, we experience both rural and urban Galicia.

Plum, Courgette & Green Bean Tart came out in 2020, a little over a decade since Lisa and S decided to seek out the good life in Galicia. It’s a compilation of letters to her mum, diary entries, and a narrative. Using letters and diary entries gives the reader a glimpse into her experiences as they unfolded.

The downside of using these texts is that they contain some mundane facts or information that may not always be relevant to the story or interesting to the reader. On saying this, they are valuable realia that capture the moment in time. The book contains authentic Galician recipes, but these could be easily missed because they are somewhat misplaced at the end of the book. Unfortunately, photos of the dishes are not included in the text. It would have been more interesting for foodie readers to incorporate these in the story, with illustrations.

Despite these minor shortcomings, Lisa Rose Wright’s Galician memoir is a fantastic read for people who love exploring less well-known parts of the world, especially Europe, and is of genuine interest for those of us who like learning about new cultures, languages, and local food. If you’re looking to escape for a while to a different world and a different place, Plum, Courgette & Green Bean Tart comes highly recommended.

Plum, Courgette & Green Bean Tart by Lisa Rose Wright is available on kindle and as paperback. 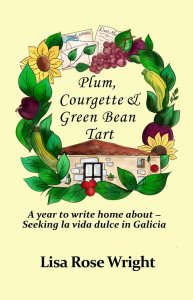 Sabina Ostrowska is a non-fiction writer. She lives in the middle of olive groves outside the picturesque village of Montefrio and runs a language school in the town of Alcalá la Real.  Her memoir The Crinkle Crankle Wall: Our First Year in Andalusia is the first in a series depicting her and her husband’s adventures of trying to start a new life among the olive groves in rural Andalusia.

If you would like to write a review of a specific book related to Spain, please email: editorial@spainenglish.com

Blogs: pedalling away from the pandemic