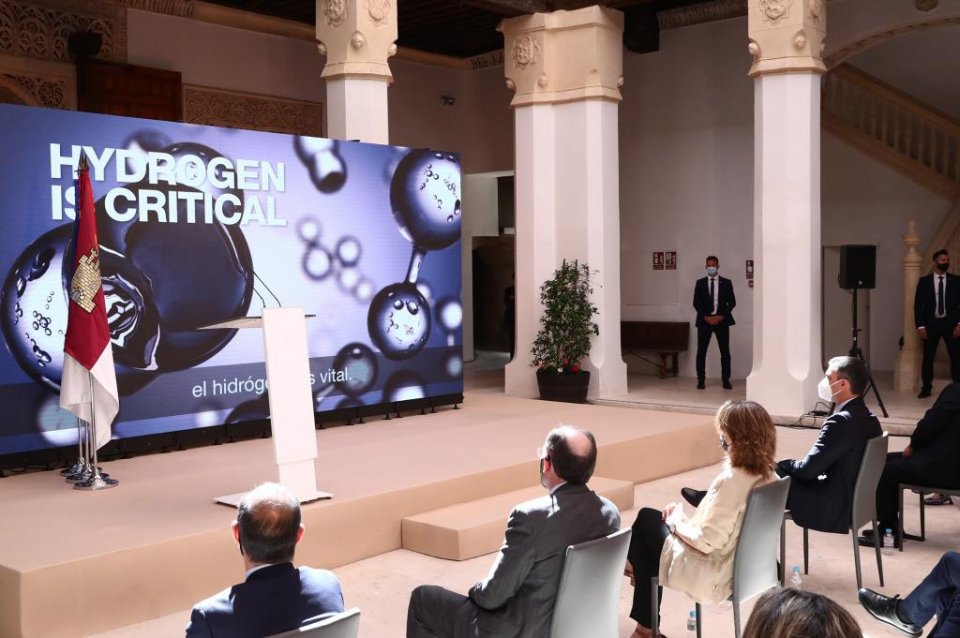 Spain’s ambitions to become Europe’s leading hydrogen producer received a boost on Monday, when Prime Minister Pedro Sánchez announced that 1.5 billion euros will be spent on developing green hydrogen production over the next three years.

The funding has been allocated out of the European Union recovery fund and is expected to create jobs and reduce greenhouse gas emissions, by significantly reducing the use of fossil fuels.

Speaking about the investment at a ceremony in Toledo, near Madrid, Sánchez said that ‘the Spanish government is firmly committed to green hydrogen’.

The funding is also expected to stimulate a further 8.9 billion euros of private-sector investment to develop the technology by 2030.

One such private sector investment was also announced on Monday, by US engine maker Cummins. The company is investing 50 million euros in building one of the world’s largest electrolyser plants for the production of green hydrogen in Castilla La Mancha, in central Spain. The plant is expected to open in 2023 and create 350 jobs.

Cummins will be partnering with Iberdrola SA, who will be providing the electrolysers through its wind power production as part of a planned green hydrogen project in southern Spain. The project will supply hydrogen for Spanish based fertilizer maker Fertiberia SA.

Speaking about the project, Cummins CEO Tom Linebarger said ‘our partnership with Iberdrola will connect is with a major clean energy company and strategically positions us to be a European leader in green hydrogen production. We believe that this is just the start of our expansion into new markets, bringing new clean technology to customers, and supporting efforts to bring the European Union’s Green Deal to fruition’.

The creation of ‘green’ or ‘emissions-free’ hydrogen is an important part of Spain’s plans to develop sustainable energy sources, particularly for fuelling cars, as the only emission created is water vapour.

The costs associated with normal hydrogen production are high, and the electricity needed as part of the process generates carbon dioxide or other pollutants.

Green hydrogen, however, is produced via electrolysis, with wind, solar or hydro-electric power providing the electricity to pass through the water and create the end product.

Energy experts are predicting that green hydrogen production will reduce in costs and become cheaper than natural gas in many parts of the world, with Europe keen to lead the way and dominate this aspect of the energy market, that China has historically had a hold over.

Sánchez explained on Monday how the plan to increase green hydrogen production was important for the country’s development and creation of jobs, saying ‘a green and sustainable Spain, respectful of the environment and biodiversity, represents an enormous leap and opportunity’.

He went on to highlight that Spain is aiming to have 42% of renewable energies as part of its energy mix by 2030, with 74% of its electricity generated by renewables. Spain’s ultimate aim is for full decarbonisation by 2050.