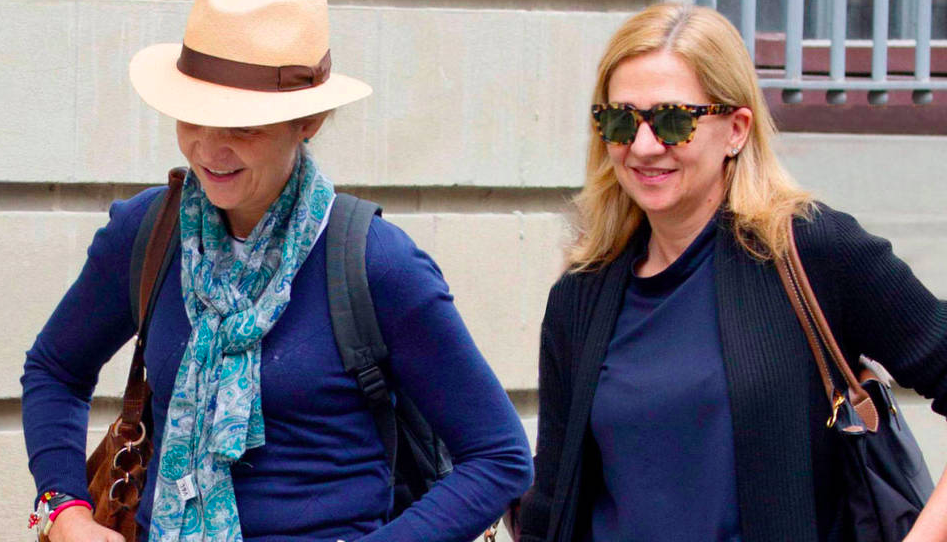 The two sisters of Spain’s King Felipe VI, the Infantas Elena and Cristina, have been vaccinated against Covid-19 in Abu Dhabi, according to a report first published by El Confidencial.

Elena, 57, and Cristina, 55, would not have been on the high priority list for vaccinations in Spain, but they reportedly took advantage of a recent visit to see their father, former king Juan Carlos I, to receive jabs.

Juan Carlos, 83, left Spain last August for the United Arab Emirates following on-going financial scandals. The former monarch had reportedly already received a jab of the vaccine in the UAE, as had Félix Sanz Roldán, 76, the former director of Spain’s National Intelligence Agency (CNI), also taking advantage of a visit to visit the former king, according to El Confidencial.

Elena and Cristina visited their father in early February. Because of their age bracket and the fact that they do not carry out essential or sensitive work, as defined by Spain’s Vaccination Strategy, they would not have been prioritised for the vaccine in Spain. Elena is paid by the Mapfre Foundation in Madrid and Cristina left her employment at the La Caixa Foundation in January 2020 after 26 years, and now collaborates with the Aga Khan Foundation, based in Geneva. To receive a jab against Covid-19, they would have had to wait the turn of the general population for their age bracket, and there is not even a scheduled date for the start of that process.

Spain’s royal household, the Zarzuela Palace, was quick to distance itself from the reports of Elena and Cristina on Tuesday – refusing to comment on the matter, other than claiming that the sisters of Felipe VI are no longer part of the royal institution. The royal household added that Felipe, his wife Letizia and their daughters, the princess Leonor and the infanta Sofía, will be vaccinated ‘when it corresponds to them’ within the vaccination process established in Spain by the health authorities.

Many politicians voiced their anger at the fact that the monarchy continues to ‘abuse privileges’, following the reports of Elena and Cristina receiving the vaccine. Referring to the two Infantas from its official Twitter account, the left-wing Podemos group, junior partners in the coalition government with the socialist PSOE party, stated: ‘With public money. Visiting a fugitive who fled Spain for having defrauded. Getting vaccinated above any compatriot and any consideration. They are the best example of what Spain must leave behind.’