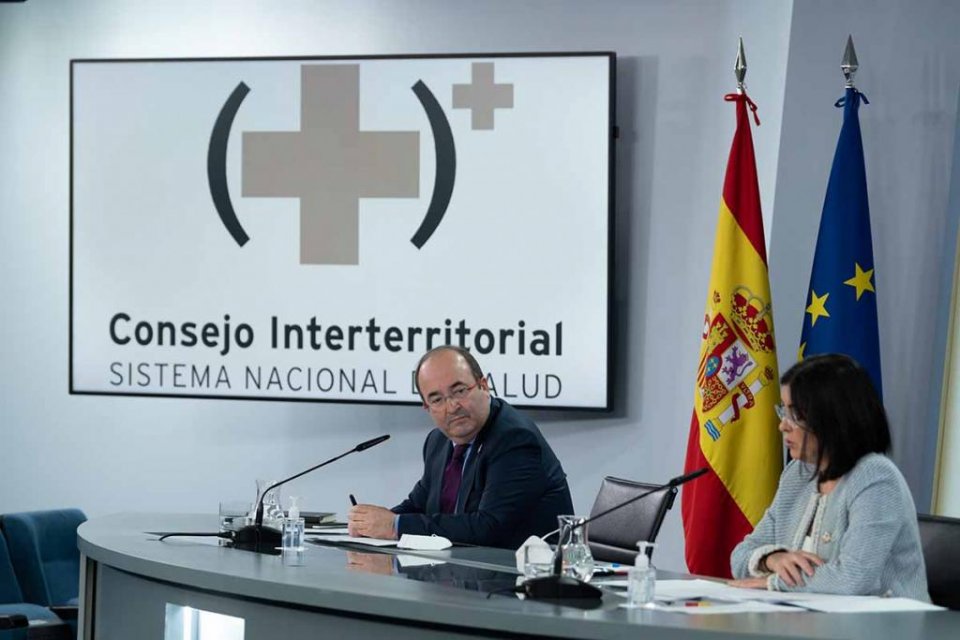 #UPDATE on Fri 5 Feb at 19.30h – It has now been confirmed that Spain will only be administering the AstraZeneca vaccine to citizens aged between 18 and 55. [Please see earlier full report below].

Spain’s new health minister, Carolina Darias, said on Wednesday that 1.8 million doses of the AstraZeneca-Oxford Covid-19 vaccine would be arriving in Spain during February, and that a further 2.7 million doses of the Pfizer-BioNTech vaccine would also be delivered in March. On Thursday, Spain confirmed that it would not be administering the AstraZeneca vaccine to citizens aged over 65. It has since been confirmed that the AstraZeneca vaccine will only be administered to those aged between 18 and 55 in Spain.

Darias also said that she believed Spain would still be able to administer jabs to 80% of citizens aged over 80 by the end of March – an objective set from the outset, and also by the European Union. It had already been decided on Wednesday at a meeting of the Inter-Territorial Council of the National Health System, that only the Pfizer and Moderna vaccines will be used for jabs administered to those aged over 80. The meeting is held between the central health ministry and Spain’s regional health authorities.

The European Medicines Agency (EMA) approved the Covid-19 vaccine developed by AstraZeneca and Oxford University on Friday for people over the age of 18, amid criticism the EU bloc is not moving fast enough to vaccinate its population. It is now the third vaccine to be cleared for use in the European Union.

However, France’s top health advisory body had recommended that the AstraZeneca vaccine only be used on people aged under 65, citing lack of sufficient data about its effectiveness in older people. At least six other EU states have also decided to administer this vaccine only to those aged under 65. Germany has set the limit at 65, Poland has restricted the use of the vaccine to citizens aged under 60, with Italy putting the threshold at 55. Spain has now said that it will only be administering the AstraZeneca vaccine to citizens aged between 18 and 55. In the UK the vaccine is already being used among all elderly citizens.

Worldwide, more people have now been vaccinated against Covid-19 than have been infected by the virus, data revealed from a report published by Our World in Data on Wednesday. A total of 104.9 million doses of Covid-19 vaccines have now been administered, exceeding the 104.1 million confirmed cases [as of 3 February].

Israel leads the world, having administered enough vaccine doses for 28% of its population, assuming every person needs two doses, according to Our World in Data. Vaccinations in the Palestinian territories have only just begun, however, after Israel delivered a first batch of 2,000 vaccine doses to the Palestinian Authority on Monday.

Meanwhile more than 10 million people have received a first vaccine dose in the UK, according to government figures published on Wednesday. Just under 500,000 have received their second jab, the health ministry said.

Spain has divided the population into 15 groups in order to administer vaccinations, with residents in care homes and their health workers being the first group to receive jabs. Following this, all other health professionals and people with serious disabilities are set to receive the vaccine, followed by citizens over the age of 80 – yet non-resident in care homes. Earlier this week, however, Isabel Díaz Ayuso, president of the Madrid regional government, said that waiters, teachers, taxi drivers and supermarket checkout staff in the region could be prioritised for receiving the vaccine.

You can also click here for further details (in English) of the key points of Spain’s Covid-19 Vaccination Strategy.

Post-Brexit and Covid, is the toughest transition still to come for Brits on the Costas?

Just read the details that the over 65’s will not be receiving the vaccine. Does that mean that we will not be able to travel outside of the region’s or abroad, and is not a form of discrimination?? How will be able to travel to other countries if we have not received the vaccine?
I do realise that there has to be priorities but to exclude a whole portion of the population is certainly Draconian!!!!

Hi Moira – it is only the AstraZeneca vaccine that will not administered to citizens aged over 55 (not 65). But those citizens will be able to receive the other vaccines, such as from Pfizer or Moderna.

Hello,
We ate residents of Spain, we have private medical health cover. Can you tell me how people with private medical go on to the vaccine register? How will we be contacted?
Thank you