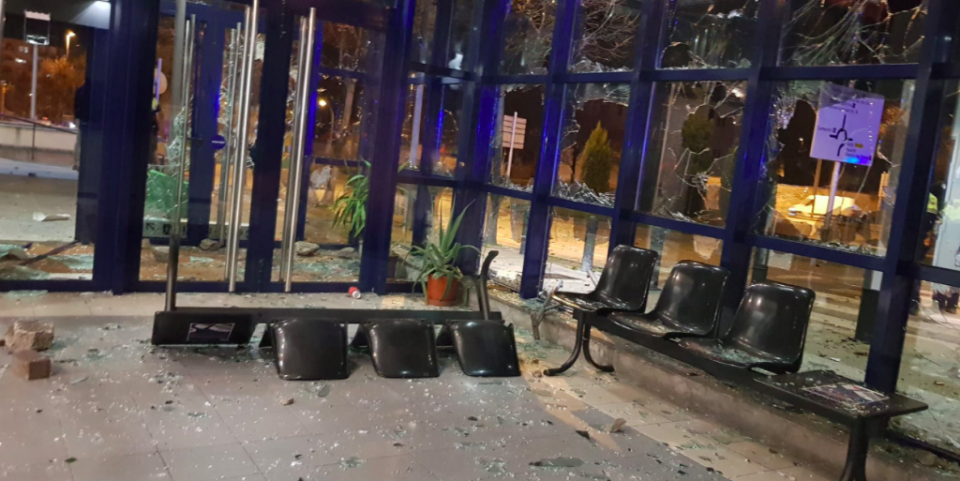 Thousands protested on Tuesday night to demand the release of the rapper Pablo Hasél, who was detained by police after barricading himself in at the University of Lleida and refusing to turn himself in to serve a prison sentence. It was one of the largest protests seen since the start of the Covid-19 pandemic.

Cries of ‘freedom for Pablo Hasél’ were heard into the night as thousands rallied against the jailing of the Catalan rapper. Various demonstrations began in Barcelona, Girona, Tarragona as well as Hasél’s home city of Lleida. Rallies followed in towns across Catalonia, spreading to major cities such as Valencia, Madrid, Zaragoza and A Coruña.

Hasél was condemned to 2 years and 9 months behind bars in two separate cases by Spain’s National Court for ‘glorification of terrorism’ and ‘slander against the crown’ and against Spanish law enforcement in the content of some of his tweets and lyrics. He had been given a 10-day window to voluntarily enter prison, but refused and barricaded himself inside the Lleida University.

According to the authorities in Barcelona, a total of 1,700 gathered in protest on Tuesday night, with other sources claiming the presence of thousands more. Tensions developed in the Catalan capital when police blocked access to the Spanish national police station – resulting in protestors launching stones and glass bottles at officers who responded by shooting foam rounds into the crowd. A young woman is reported to have suffered an eye injury as a result of a foam bullet.

Protests turned violent with many incidents of vandalism in some areas, and altercations with the police also took place in Valencia, Lleida, Reus, Girona and Vic – where protesters destroyed a Mossos d’Esquadra police station.

In Lleida, where 2,000 people gathered in protest, confrontation between the Mossos and some demonstrators resulted in the burning of local police motorcycles and rubbish containers. The Mossos reported 14 arrests, a further 33 have been injured, 17 of which are police.

The platform ‘Llibertat Pablo Hasél’ has called for demonstrations to take place in front of Ponent prison in Lleida and further protests across cities during Wednesday.