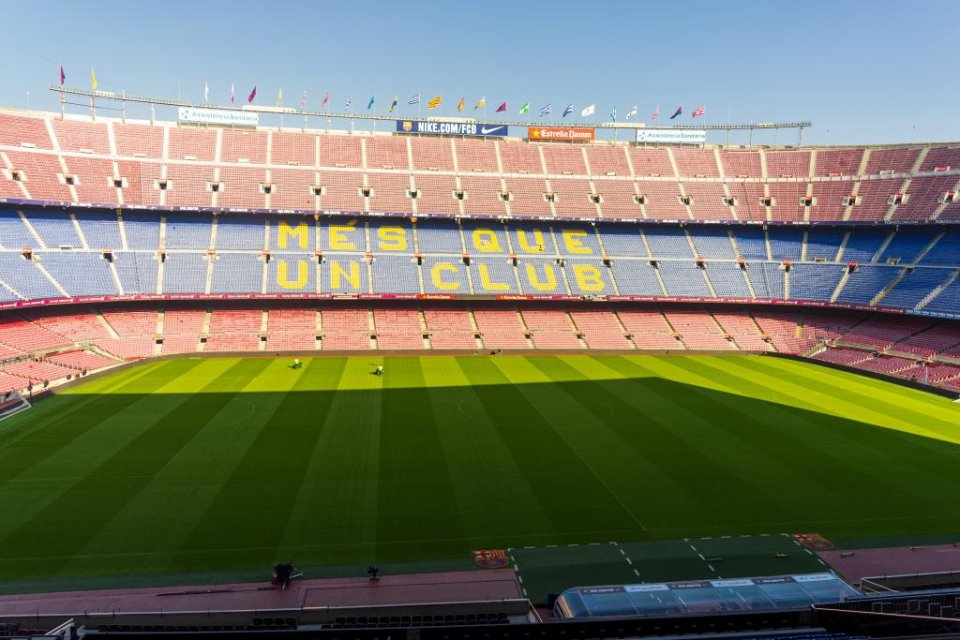 FC Barcelona’s giant Camp Nou stadium, as well as Gaudí’s Sagrada Família cathedral in Barcelona, in addition to other ’emblematic’ landmarks, could become Covid-19 vaccination centres during the general phase of Catalonia’s vaccination campaign, the Catalan public health secretary Josep Argimon said during an interview with RadioCat on Tuesday.

The aim of opening up such sites for vaccinations is to also inspire the general public to receive the jab, as well as raise awareness around the importance of inoculation. The locations could be used after the priority groups for vaccinations have all received their doses. Another location reportedly being considered is the oval hall of the Museu Nacional d’Art de Catalunya (MNAC).

The Sagrada Família is a UNESCO World Heritage Site and recently resumed its on-going construction that had been halted during the pandemic. Barça’s famous Camp Nou is the biggest stadium in Europe, with capacity for over 80,000.

Spain’s central health ministry initially divided the population into 15 groups for vaccination, with residents in care homes and their health workers being the first group to receive jabs. With this stage now complete across most regions, all other health professionals and people with serious disabilities are receiving the vaccine, followed by citizens over the age of 80.

Argimon said that over the next three months, as part of phase two of Catalonia’s vaccination strategy, essential workers will also be vaccinated, to include teaching staff. He also said that physiotherapists, pharmacists, prison staff and health assistants would also be included in phase two.

In Catalonia the third phase of the Covid-19 vaccination campaign is set to include all non-priority individuals who did not receive doses in the initial two stages.

According to figures released on Monday, Catalonia has already administered 317,222 jabs of the 360,070 doses of Pfizer and Moderna vaccines received to date.

The Catalan health minister Alba Vergés said on Monday that 31,800 doses of the AstraZeneca vaccine had also now been delivered to Catalonia. However, this vaccine will not be administered to citizens over the age of 55.

Vergés urged for more vaccines to be delivered, saying the Catalan health system was ready ‘to administer 150,000 doses per day’. She said that a mass administration of doses was possible since around 1.5 million people have been given the flu jab in two months, with peaks of 60,000 per day.

She said that achieving the stated aim of immunising 70% of residents by the end of summer was still possible, ‘pending that the EU complies’ with the supply of doses it has committed to.

Last week, the president of the Madrid regional government, Isabel Díaz Ayuso, said that waiters, teachers, taxi drivers and supermarket checkout staff in the region could be prioritised for receiving the Covid-19 vaccine there.