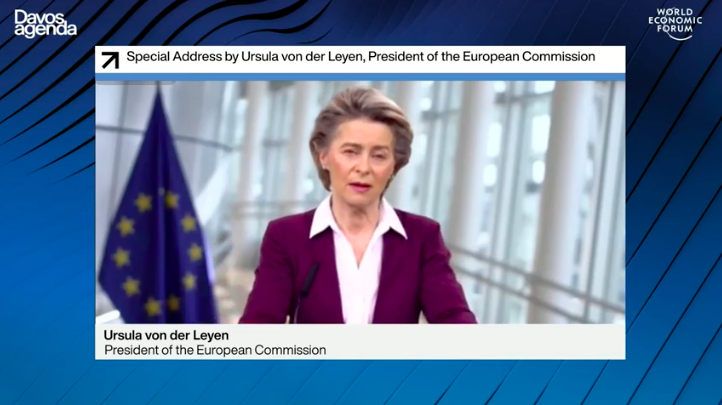 Pharmaceutical groups producing Covid-19 vaccines ‘must deliver’, the European Commission president Ursula von der Leyen has insisted, as tensions mount between the EU and the groups that have delayed deliveries.

‘Europe invested billions to help develop the world’s first Covid-19 vaccines … and now the companies must deliver,’ said von der Leyen on Tuesday in a live video address to the annual World Economic Forum, normally held in Davos, Switzerland, but this year online.

‘The European Union and others helped with money – large sums were invested – to build research capacities and production facilities early,’ said von der Leyen. ‘And now, the companies must deliver. They must honour their obligations,’ she added.

The European Commission is demanding answers from the British-Swedish group AstraZeneca and the US company Pfizer about delays that both have recently announced to their deliveries to EU states.

Amid concern that the pharmaceutical groups might even be selling the doses reserved for the EU to ‘higher bidders’ outside of the bloc, the EU is making moves to require that companies notify authorities of any other exports. Von der Leyen mentioned this in her speech, saying ‘we will set up a vaccine export transparency mechanism’ to ‘ensure’ that the groups meet their contractual obligations to the EU.

Two billion doses of Covid-19 vaccines for the EU’s 27 member states, home to 450 million people, had been negotiated by the EU leaders. Von der Leyen had also vowed that the aim was to inoculate 70% of adults in the EU by the end of August.

In her speech, von der Leyen also said the EU’s vaccine procurement was not for the EU states alone but also for poorer non-EU countries who are to be supplied through a ‘COVAX vaccination alliance’ co-led by the World Health Organization (WHO).

Now the companies must deliver & honour their obligations. We will set up a vaccine export transparency mechanism.

EU is committed to contribute. But we also mean business. pic.twitter.com/lvq0KkCWJD