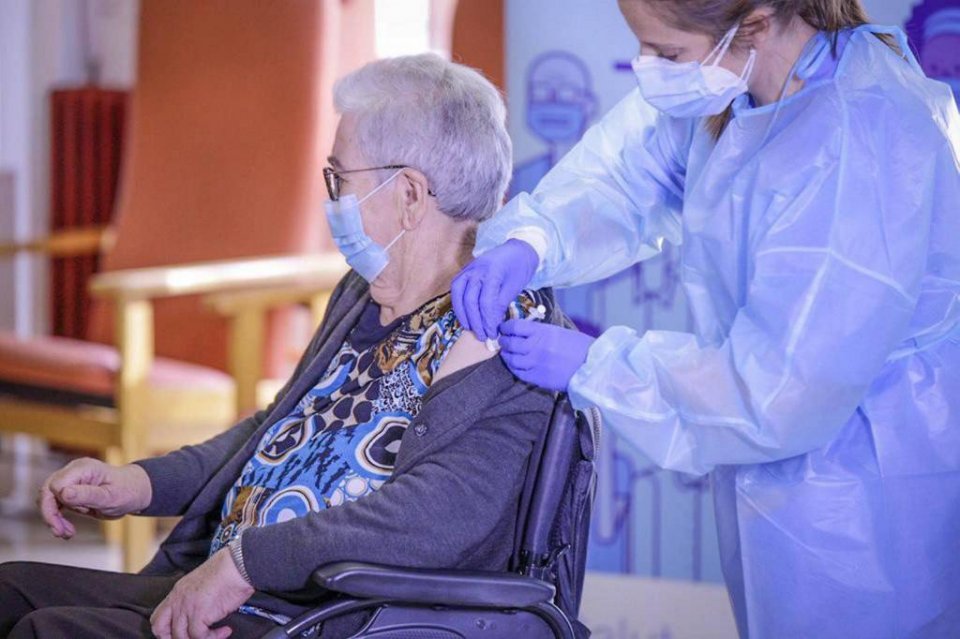 Spain is to set up a register of citizens who refuse to receive the Covid-19 vaccine, Health Minister Salvador Illa has said. He also said the information would not be made public, even though it would be shared with other EU member states.

Speaking during an interview with La Sexta TV, Illa reiterated that the Coronavirus vaccine would not be mandatory. ‘What will be done is a registry, which will be shared with our European partners … of those people who have been offered it and have simply rejected it,’ he said.

‘It is not a document which will be made public and it will be done with the utmost respect for data protection,’ he said, noting that employers or members of the general public would not have access to it.

Illa had previously said that 70% of Spain’s population will be vaccinated by the end of summer 2021, and that the country would have achieved ‘herd immunity’.

According to a recent poll, the number of Spanish citizens unwilling to take a Covid-19 vaccine has now fallen to 28% – down from 47% in November. The state-funded CIS research institute found 40.5% of those questioned are now willing to have the jab while 16.2% would do so if it is shown to be ‘reliable’.

The official death toll related to Coronavirus is now over 50,000 in Spain, according to the latest figures released by the health ministry on Monday. Since the start of the pandemic, there have been 1,879,413 confirmed cases of Covid-19 in the country.

On Sunday, alongside some other EU countries, Spain started to administer the Pfizer/BioNTech vaccines to elderly residents at care homes, as well as to health workers. Araceli Rosario Hidalgo, a 96-year-old lady living in a residential care home in the city of Guadalajara in the region of Castilla-La Mancha, became the first person in Spain to be vaccinated against Covid-19. The occasion was televised by the Spanish national broadcaster RTVE.

Spain is scheduled to receive 350,000 doses of the Pfizer/BioNTech vaccine per week over the next three months. Announcing Spain’s Vaccination Strategy at the end of November, it was also confirmed that the government has advance purchase agreements for Covid-19 vaccines with a total of five pharmaceutical companies: AstraZeneca/Oxford, Sanofi-GSK, Johnson & Johnson/Janssen and Curevac, in addition to Pfizer/BioNTech. Negotiations also continue with Moderna and Novavax.

The Spanish Health Ministry has released a list to summarise how it has divided the entire Spanish population into 15 groups in order to administer vaccinations. You can also click here for further details (in English) of the key points of Spain’s Covid-19 Vaccination Strategy.