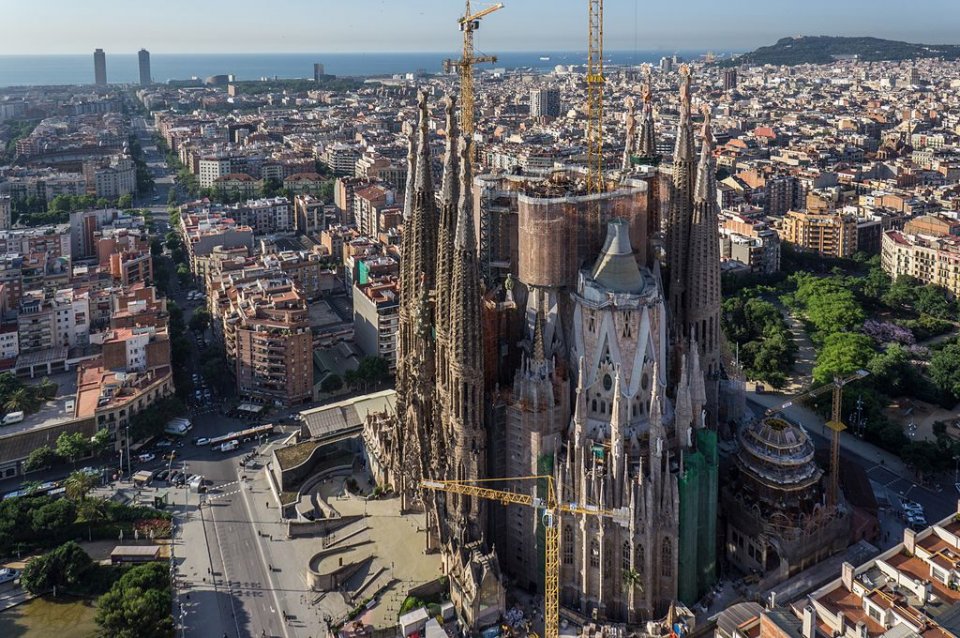 After an eight-month hiatus, workers have returned to the task of completing Antoni Gaudí’s acclaimed temple, the Sagrada Familia.

Forced to close its door to visitors when the first state of alarm was declared last March and, more recently again in October, serious doubt has been cast on the completion date of the Basilica. Originally set to be finished by 2026 – to coincide with the centenary of Gaudí’s death – the loss of revenue from ticket sales, as well as months of paralysed construction, have forced management to reassess the construction schedule.

Since its beginnings in 1882, work on the Basilica has seldom been interrupted – bar the Spanish Civil War and odd periods of financial difficulties. In 2019, it even received an official building permit after 134 years without one. The impact of the Covid-19 pandemic has been one of the biggest challenges for the project to date.

The Expiatory Temple of the Sagrada Familia is funded by private donations and by the revenue generated by ticket sales. According to data presented by the Basilica’s management in 2019, the income generated was over 100 million euros, an increase of 28% compared to the previous year, which closed with a figure of 80 million. In 2018, the total income designated to the construction of the church was 50 million, with this number being increased to 55 million by 2019. Throughout 2020, however, the total generated by ticket sales and private donations dropped dramatically to a total of 17 million euros. This is mainly due to the sharp decline in tourism, as international visitors have made up the majority of ticket sales in recent years. It is estimated that 374 million euros is needed to complete the construction of the temple.

To date, 70% of the Sagrada Familia has been constructed. What remains to be finished are: the four Evangelist towers, the tower of the Virgin Mary, the tower of Jesus Christ – the tallest, measuring a total of 172.5 metres, as well as the sacristy and the Glory façade. Pre-pandemic it was projected that the towers would be completed by 2022 and that of the Glory façade in 2026 – but this is now seen as an impossible task.

What is for certain, if circumstances surrounding the pandemic permit, is the goal to finish the tower of the Virgin Mary by the end of 2021 – the Basilica’s second tallest at 138 metres.

The Board of Construction have confirmed that the tower, which will be finished with a 25-metre pinnacle, will be completed in three different sections from now until December. Firstly, and in ascending order, the crown, which is a stone piece, 6 metres in height and finished with twelve wrought-iron stars – wrapped around the section from the bottom upwards. Then, the middle part of the pinnacle, which will be 18 metres in height and in the form of a hyperboloid, its outer surface decorated in white and blue ‘trencadís’ mosaic and terminating in three arms which support the highest part of the tower – the star. This final element, which is a twelve-pointed star, will be 7.5 metres in diameter. The surface of this feature will be made of textured glass to reflect light during the daytime and, at night-time will be lit up from the inside.

As construction began this week, the Sagrada Familia was named the ‘Most Remarkable World Venue 2020’, an award organised by the online ticket platform Tiqets and chosen by popular vote. The prize, a donation of 10,000 euros, is designated to relieve the impact that Covid-19 has had on revenue. Although the doors remain closed to visitors, in the meantime you can also click here for virtual visits and further updates on the construction.