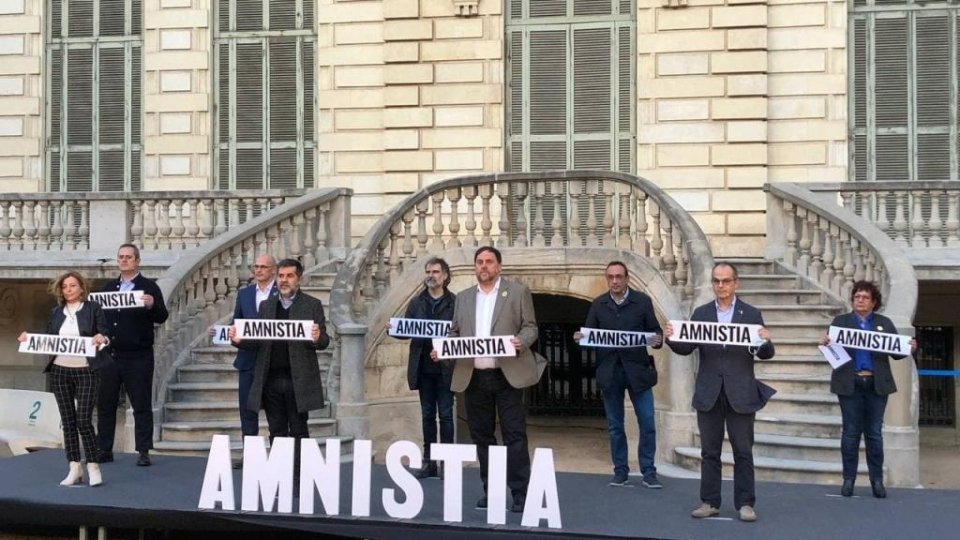 Campaigning is now well underway for the elections in Catalonia due to be held on 14 February, after the date was finally confirmed by Spain’s High Court in Catalonia (TSJC) on Friday, overturning the Catalan government’s plan to move it to 30 May because of the health crisis.

Catalonia has also relaxed a ban on travelling between municipalities to allow for political rallies with reduced attendance, yet with social distancing measures and the wearing of face masks still obligatory.

Two pro-independence parties, Junts per Catalunya (JxCat) and the Esquerra Republicana (ERC) party, currently form a coalition government in Catalonia, but opinion polls are split on who could win on 14 February.

JxCat and ERC are seeking to win more than 50% of the vote for the first time, but Spain’s former health minister, Salvador Illa from the ruling PSOE socialist party, last week resigned from the health ministry in Madrid to run in the election as the presidential candidate for the Catalan Socialists (PSC), with some polls seeing him as winning. But even if Illa wins the election, it is unclear he would be able to garner enough support to form a government.

The Catalan government granted prison privileges late last week to the nine politicians and activists who are serving jail terms for their roles in a failed 2017 push for Catalan independence. They had been jailed for between 9-13 years by Spain’s Supreme Court on 14 October 2019, convicted for crimes of sedition and misuse of funds for their roles in the 1 October 2017 referendum. The verdicts followed the high-profile Catalan Trial – with the sentencing causing widespread protests across Catalonia.

The Supreme Court had recently revoked the ‘low category’ status given to the jailed leaders, ruling that it was ‘premature’ for them to be allowed more flexible conditions. The Catalan government’s move, however, has allowed some of them to campaign for their parties during the day before returning to prison to spend the night. On Monday all nine participated in an act calling for ‘Amnesty and the Republic’, and for ‘the ballot boxes to be filled with pro-independence votes’ on 14 February. Also read: Catalan Trial verdict: full details of each sentence

In addition to the right-wing People’s Party (PP), the centre-right Ciudadanos (Cs), and the emergence of Spain’s third largest political party, the far-right Vox group – all fiercely opposed to any form of referendum in Catalonia, let alone independence – there also exist other groups competing for 135 seats in the regional parliament [see details below], and which will complicate efforts to form a governing coalition after the vote.

There is also the Catalunya En Comú-Podem (CatECP) group led by Jéssica Albiach, and which is also connected to Spain’s Podemos group, which already forms part of the central government’s coalition with the PSOE party. Former health minister Illa has already stated that he would be happy to lead a minority government led by his PSC party with CatECP, similar to the central government and also at Barcelona City Council. However, it is unlikely that the PSC and CatECP will win enough seats between them – and an alliance with another group would still be required.

As well as Salvador Illa’s popularity, official polls also show strong support for Laura Borràs and Pere Aragonès, who represent respectively the pro-independence JxCat and ERC parties that are currently part of the region’s ruling coalition.

Details of all parties in the Catalan election

There are 135 seats in the Catalan Parliament – with 68 required for an overall majority. The presidential candidates and each party in the Catalan elections are as follows:

Pere Aragonès for the Esquerra Republicana (ERC) party. The head of the ERC party, Oriol Junqueras, is still in prison for his role in the 2017 Catalan independence referendum (although participating in the campaign). Aragonès is also the current ‘interim president’ of the Catalan government, following the banning from office of Quim Torra in September. The ERC currently hold 32 seats in the Catalan Parliament. ERC are a left-wing, pro-independence party. They prioritise dialogue with Spain in an attempt to agree on a framework for establishing an independent Catalan Republic. A repeat of the coalition with JxCat is difficult, as the relationship between the two parties has deteriorated over the last two years, mainly over differences on how to engage with the central government in Madrid. Polls predict that ERC are likely to win 30-35 seats (CIS Spanish poll) or 34-35 (CEO Catalan poll) in this election.

Carlos Carrizosa for the Ciudadanos (Cs) party, currently with 36 seats – more than any other group. However, they were unable to form a government after the last election. The Cs are centre-right and harsh critics of the independence movement, refusing to engage in any dialogue with them. Cs are expected to win 13-15 seats (CIS) or 12-13 (CEO) in the election.

Laura Borràs for the Junts per Catalunya (JxCat) party (still led by Carles Puigdemont, who is in exile in Belgium and now an MEP) – currently with 29 seats. Borràs is currently an MP in the Spanish Congress in Madrid. The pro-independence JxCat are likely receive votes from supporters of the historic Convergència CDC party that ruled Catalonia for many years following the return to democracy in the 1970s. Polls suggest JxCat are likely to win 20-27 seats (CIS) or 32-34 (CEO) in the election.

Salvador Illa for the Catalan Socialists (PSC) party. The PSC currently have 17 seats. The party has a left-leaning social-democrat ideology, and also vouch to maintain Spanish unity – although they engage in dialogue with the pro-independence groups. PSC are projected to win 31-33 seats (CIS) or 26-29 (CEO) in this election.

Jéssica Albiach for Catalunya en Comú-Podem (CatECP), currently with 8 seats. CatECP are the Catalan branch of Spain’s left-wing Podemos party, in coalition with the PSOE in the Spanish government. The group was formed out of anti-austerity anger following the handling of the 2008 financial crisis. The party are in favour of self-determination and would allow the Catalan people the right to hold a legal referendum. CatECP are the parliamentary branch of the party of Ada Colau, mayor of Barcelona. The party portrays a left-wing, anti-globalisation and feminist ideology. CatECP could play a role in a potential left-wing coalition governing Catalonia following the election. They are set to win 9-12 seats (CIS) or 6-8 (CEO).

Àngels Chacon for the PDeCAT party, currently with 5 seats. The party is in favour of a Catalan Republic, but favour a more moderate approach compared to JxCat. Th polls do not forecast them winning a seat.

Dolors Sabater for Candidatura d’Unitat Popular & Guanyem (CUP), currently with just 4 seats. CUP are a far-left, anti-capitalist, pro-independence party that make up part of the opposition in the current Catalan Parliament, but still ensured that the current government is a pro-independence bloc between ERC and JxCat following the elections in 2015 and 2017. CUP are expected to take 8-11 seats (CIS) or 8 (CEO) in this election.

Alejandro Fernández for the right-wing People’s Party (PP), currently holding just 4 seats in Catalonia. The PP are expected to pick up more seats, possibly from Cs. It was under a PP central government in Spain that the October 2017 independence referendum took place – banned by former Prime Minister Mariano Rajoy, who then applied direct rule on Catalonia under Article 155 of the Spanish Constitution. They are predicted to win around 7 seats (CIS) or 9 (CEO).

Ignacio Garriga for the Vox party – currently not holding any seats in the Catalan Parliament, yet Spain’s third largest party. Vox is a far-right party with anti-immigration and Eurosceptic stances. They are projected to pick up 6-10 seats (CIS) or 5-6 (CEO).