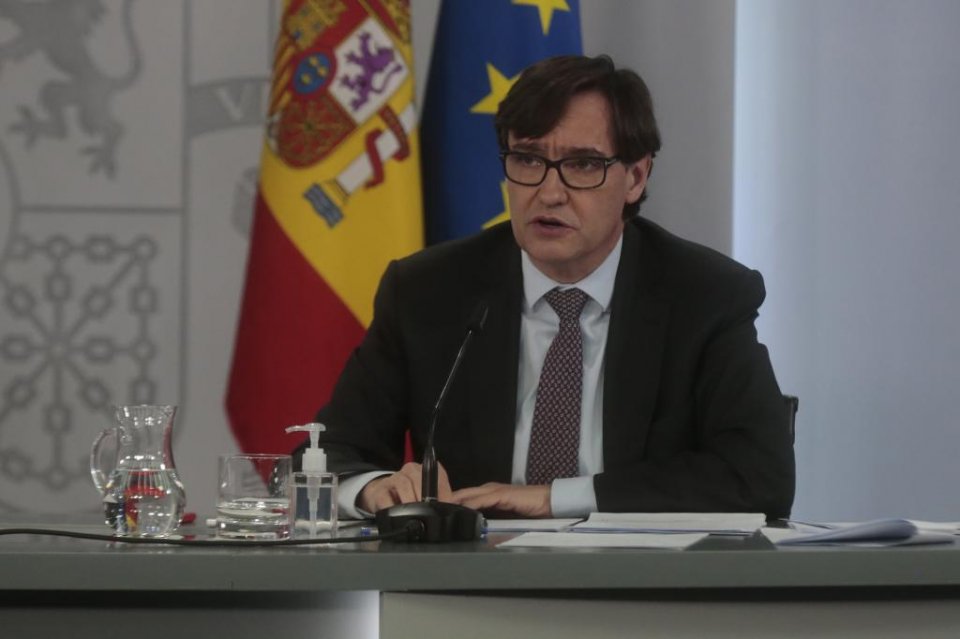 Spanish Health Minister Salvador Illa is to quit his role on Tuesday to run in the elections scheduled in Catalonia on 14 February, as head of the Catalan Socialists (PSC) party, and in an effort to try and win the presidency and government away from the current pro-independence parties.

‘Salvador Illa starts today his last 24 hours at the helm of the ministry,’ the office of the PSOE socialist Prime Minister Pedro Sánchez said in a statement. ‘Tomorrow Tuesday will be his last cabinet meeting and his replacement will be disclosed.’

Illa is leaving the health ministry at the height of Spain’s worst statistics for Covid-19 since the start of the pandemic. Latest figures released by ministry on Friday 22 January showed the number of people who have tested positive for Coronavirus since the start of the pandemic is now at 2.5 million. The overall incidence rate is also 828 per 100,000 inhabitants over 14 days – the highest figure it has been throughout the pandemic.

It has been reported that Carolina Darias, the current Minister for Territorial Policy and Civil Service, will become Illa’s successor. Darias has been working very closely with Illa and been overseeing the weekly summits of Spain’s regional health authorities to coordinate the Coronavirus response.

The elections in Catalonia, set for 14 February, had recently been postponed until 30 May due to the worsening situation of Covid-19 across the country. However, the Catalan High Court (TSJC) has decided to maintain the 14 February date until it rules definitively on whether it can be postponed. Magistrates will consider arguments and challenges to make a final decision on the election date before 8 February, potentially with the campaign already having started.

An overwhelming majority of parties had agreed to postpone the vote until 30 May, but the Catalan Socialists (PSC) – who soared in the polls after recently changing their presidential candidate and picking Illa – were initially reluctant to a vote delay. Some critics of the postponement also claimed that the Catalan pro-independence parties currently forming the regional coalition government believe that a postponement will weaken the impact of the PSC’s new candidate, who is highly regarded.

Opinion polls have recently been split on the outcome of the Catalan elections. Some, however, including one by the Centre for Sociological Studies (CIS), have shown the PSC, currently the fourth-largest party in the regional parliament, would be on track to win the biggest share of the vote with Salvador Illa at the head.