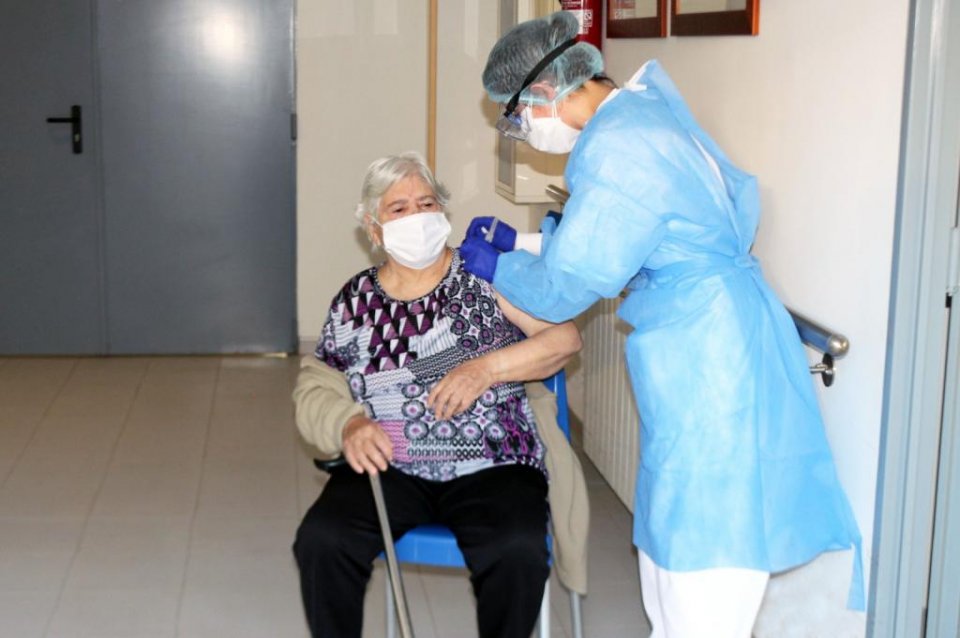 Valencia marked yet another daily record of Coronavirus infections on Saturday and now has a higher accumulated rate than Madrid, but the regional government says the health system still has capacity despite the ‘strong pressure’ it is under.

The pressure that Valencian president Ximo Puig refers to is the situation in the intensive care units, where Valencia leads the country in numbers, with 48% of ICU beds occupied by Covid-19 patients.

As infections increase, so do hospital admissions, and the health department’s figures for Saturday – a further 7,875 new infections in the region in 24 hours – made for grim reading. The region also has an incidence rate of 667.8 per 100,000 inhabitants over 14 days, far above the national average (552) and Madrid (636).

Puig assures us that the health system can continue ‘guaranteeing’ attention to those suffering from Covid-19 as well as those with serious or urgent conditions, and he has once again called on citizens to comply with the restrictions to the letter to help bring down infection rates.

On an optimistic note, Valencia is the national leader in percentage terms for the number of vaccinations administered from those supplied, with 86,927 doses having been administered as of Friday (92.1% of those received), mainly to residents and workers in care homes, as well as to other health workers. This compares to the Madrid region, at the other end of the scale, which had only administered 41.6% of the vaccines received.

Speaking on Saturday following a meeting about the health system infrastructure, Puig said there would be a slight slow-down in the Pfizer vaccine as the company had announced that they would be sending slightly fewer doses this week. This is due to a restructuring plan to increase its annual quantity of production. But Puig assured those who have already received their first dose, that the second would be given and that the vaccination programme would be back up to speed in 15 days. In fact today [Sunday], the health authorities in Valencia have already started to administer second jabs in some care homes.

Around 3,000 doses of the Moderna vaccine also arrived in the region this week and inoculations began on Wednesday, sparking a wave of witty memes on social media showing elderly patients dressed in ‘modern’ clothing and speaking in the latest slang.

A young socialist couple who are mayor and mayoress of neighbouring towns in the north of the province of Alicante have caused an uproar this week after they supposedly saved some doses of the Covid-19 vaccine from going to waste by getting vaccinated themselves.

Ximo Coll, mayor of El Verger, and his wife Carolina Vives, mayoress of Els Poblets, were both vaccinated despite not being high risk groups.

Coll told the EFE news agency that he received a call from the health centre saying that seven doses of the vaccine had been left over as two health workers were in quarantine, two had flu and a further three didn’t want to have the jab. ‘Without hiding anything and with no malintent,’ Coll went to the health centre with his wife and had the jab. The other five doses were given to Guardia Civil and local police officers who were working at the time. Once taken out of the freezer and mixed, the vaccines have a shelf life of between six and seven hours which is why the mayor, a plumber, thought it better than throwing them away.

Some might argue that in the towns of El Verger and Els Poblets with populations of 4,620 and 2,500 respectively, there may have been other more priority candidates for the vaccines.

The health department has opened an investigation, saying that protocol must be followed in the distribution of vaccines, but it seems the married mayors aren’t the only ones to have been vaccinated, as Fran López, mayor of Rafelbunyol, also had the jab at the end of December despite not being in a high-risk group.

On Tuesday the health department announced that 280 beds in the region’s field hospitals were now ready to receive patients, with the electricity and heating supplies guaranteed by their own generators. The beds are distributed across the region with 80 in Alicante, 80 in Castellón and 120 in Valencia and are to be used for patients with less severe Covid-19 symptoms, those who have previously been in acute wards and those who are recovering, needing care and cannot quarantine at home. They are not planned for ICU patients.

A campaign for blood plasma began on Monday on social media. The call is for males who weigh more than 55 kg and have recovered from Coronavirus during the past three months.

The health department explained that once extracted, the plasma is stored at -30ºC and distributed to hospitals. The donated plasma is transfused to Covid-19 patients at 14 centres across the region, as studies have shown it to be effective in the early stages of the illness.

Like me, you may be wondering why only male plasma is being requested. It turns out that women’s plasma is riskier as it could contain antibodies from pregnancy or miscarriage which may lead to complications in transfusion.

As Valencia comes to terms with some of the worst figures in Spain, and levels of infection which no other European country has without adopting stricter measures, we can only ask ourselves what the government is waiting for. There are calls for tighter restrictions or even complete lockdowns from all walks of life: from medical staff to teachers, to the general public. Although perhaps those struggling to earn a living in the hospitality industry would have a different opinion. Stay at home, stay safe.