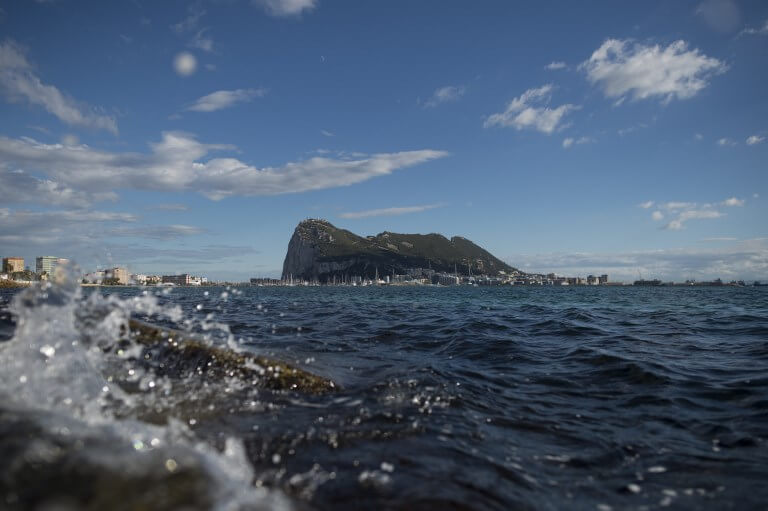 We’re now in day three of the UK having regained its sovereignty. Other than confusion and chaos, or spending more time in airports or on the M20 in Kent, I can’t really see any difference. I imagine, however, that there are many Farage-worshipping, sovereignty-besotted Brexiteers who are feeling very, er, sovereign-like. I admit that I’m watching from afar, through rose-tinted Specsavers here in Spain, but even from this safe distance it still looks idiotic (and racist).

As I was in doubt as to what ‘sovereignty’ really means, I looked it up in the dictionary. It means ‘supreme power or authority’, or ‘the authority of a state to govern itself or another state’ – and ironically, its origin is ‘late Middle English’ from ‘Old French sovereinete’. Middle English or Middle England? Little Britain, Little Brexit … don’t get me started. I can only imagine the Farage-worshippers foaming at the mouth about their ‘sovereignty’ originating from an old (whisper it) French word.

Some people have been asking me over the past week if Brexit ‘affects’ me. Well, it certainly affected my New Year’s Eve. At midnight precisely (11pm in the UK), I received four emails from the UK government whilst I was in Moià, Catalonia, still trying to stuff the traditional 12 grapes down my throat to the chimes of Spain’s Big Ben, and which isn’t easy at the best of times, especially with grape seeds. I could have choked.

The first email alert from the UK’s foreign office warned me about ‘changes made’ regarding healthcare arrangements for people moving to Spain ‘under the new rules of the UK’s deal with the EU’. The second told me about ‘changes made’ with ‘driving, pet travel and moving to Spain’. The third email was a warning for all UK nationals living in the EU. And the fourth said that ‘UK Nationals who plan to live in Spain for more than three months must register as a resident and on the padrón at their town hall’. A bit late, no? I mean, they’d been telling us all year that we had to do all this before 31 December.

Yet this very weekend, despite the British Embassy in Spain and the Spanish government telling us for over six months that our old ‘green’ residency NIE certificates are still valid after the end of the Brexit ‘transition period’ – it seems that the only people who really have the power to decide who can ‘return home’ to Spain or not are the ground staff at Heathrow airport. Nine people were barred from boarding flights to Madrid from Heathrow yesterday, despite having the correct residence documents for Spain. Another group, again with the right documents, were ‘deported’ back to the UK immediately after landing at Barcelona El Prat airport. So something’s not working.

Putting aside (for now) whatever might happen with Scotland and Northern Ireland, the communications regarding Gibraltar are also far from clear – despite the last-minute ‘principle of agreement’ on New Year’s Eve and some mutual backslapping between Spain’s Foreign Minister, Arancha González Laya, and her UK counterpart, Dominic Raab. Firstly, of course, both also claimed ‘sovereignty’. ‘We remain steadfast in our support for Gibraltar, and its sovereignty is safeguarded,’ said Raab. Laya said that the new agreement would be adopted ‘without prejudice to the inalienable claims of both sides in terms of the sovereignty [of Gibraltar], which have been safeguarded.’

To avoid a hard border, Laya then explained, the ‘Schengen Zone’ agreement will be applied to Gibraltar ‘with Spain as responsible’, as good as adding that it would be Spain who would be policing who can enter Gibraltar. ‘In order to enter a Gibraltar integrated into the Schengen area, the responsibility for border control is in Spanish hands,’ she said. ‘That is why the final decision on who enters the Schengen area is Spanish, of course.’ Oh, yeah, of course.

But then along comes the cavalry to the rescue in the shape of Fabian Picardo, the Chief Minister of Gibraltar, who says, ‘Only Gibraltar will decide who enters Gibraltar and Spanish officers will not exercise any controls in Gibraltar at the Airport or Port now, or in four years time.’ He said, ‘This is our land. Couldn’t be clearer.’ Couldn’t be clearer? Perhaps we should ask the ground staff at Heathrow airport … they’ll know.

As this weekly blog, or opinion piece (or whatever you want to call it) is aimed at also being a reflection on the week – well, we’ve also had the start of Covid-19 vaccinations being administered here in Spain this week, firstly to elderly residents at care homes. So we’ve been inundated with photos of 90+ year olds, bless them, all being wheeled out for the cameras as they receive the jab, yet often with a local, slimy politician in a face mask hovering nearby for a photo op.

The new strain of Coronavirus from the UK has also arrived in Spain (no problem with its residency papers). The health ministry has announced they will keep a register of people who refuse the Covid-19 vaccine – and the health minister himself, Salvador Illa, has announced that he is running to become the president of Catalonia in next month’s elections. James Rhodes, a pianist, was suddenly granted Spanish citizenship, whilst others have been waiting over 10 or 20 years. Oh, and the Catalan police (the Mossos d’Esquadra) finally broke up a New Year’s Eve rave attended by over 300 people in Llinars del Vallès, some 40 hours after it started.

Raves and raving Brexiteers seem to be the theme of the week. ‘Sovereignty’ is clearly going to be one of the key words for 2021, despite it being old and French. Last year we had ‘zooming’, ‘herd immunity’, ‘quarantini’, ‘isolation bubbles’, ‘social distancing’, ‘lockdown’ and ‘asymptomatic’. Who knows what next week will bring?

Very interesting, if more than a little biased. I actually agree with many of Nigel’s opinions, and if it wasn’t for the PC gone mad brigade, statements that now are deemed to be racist, or any of the other current in words, would be treated as purely being patriotic. Sadly, the world has gone mad!