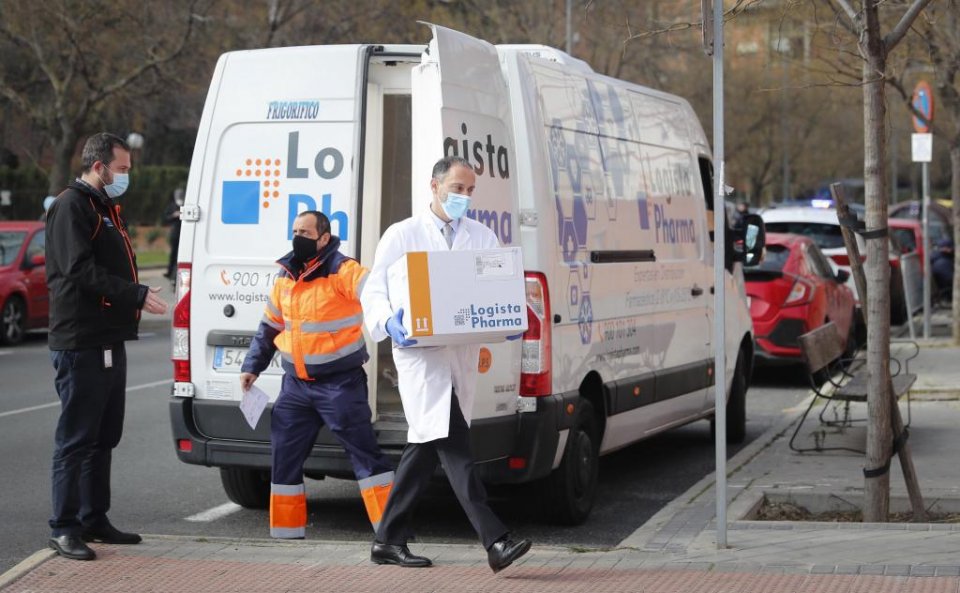 At least four cases of the new strain of Coronavirus that recently surfaced in the UK, causing many countries to prohibit flight arrivals from Britain, have since been confirmed in Madrid, the regional government announced on Saturday.

From last Tuesday 22 December, Spain banned all flight arrivals from the UK, except for Spanish nationals and residents. The measure is in place until at least 5 January. Over 50 other countries have also imposed travel restrictions on the UK.

According to the region’s deputy health chief, Antonio Zapatero, who first announced that the new strain had been identified in Madrid from tests carried out on 23 December, the four cases involved people who had recently arrived from the UK.

‘The four patients are not seriously ill, we know that this strain is more transmissible, but it does not cause more serious illness,’ Zapatero had said. ‘There is no need for alarm.’

On Sunday, the Madrid region also started vaccinations at residential care homes, with the first Coronavirus vaccines from Pfizer/BioNTech having now arrived in Spain. ALSO READ: 96-year-old lady is first to be vaccinated against Covid-19 in Spain

The latest official figure* released by the Spanish Health Ministry on Thursday 24 December for the number of people who have tested positive for Coronavirus (Covid-19) since the start of the pandemic is now 1,829,903. This is an overall increase of 25,048 against the figure released on Wednesday. The ministry claims that 6,733 of these infections occurred in a 24-hour period.

Figures released on Wednesday had shown an overall increase of 12,386 infections over Tuesday, with the ministry claiming that 6,819 had occurred in a 24-hour period.

The official figure* for the total number of Coronavirus-related deaths on Thursday 24 December is now 49,824 – an increase of 304 since Wednesday. It is now a total of 634 deaths in the past 7 days.