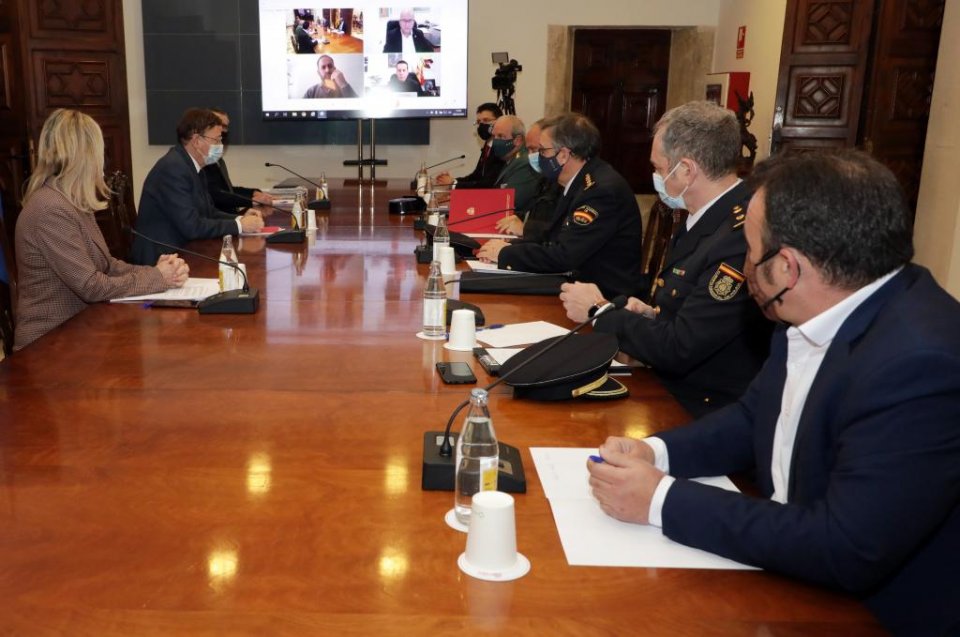 The Valencian region has reached a new record number of daily Covid-19 deaths and recorded the highest daily number of new infections since the pandemic began. These new milestones come as the first cases of the new ‘British’ strain of Coronavirus are confirmed in the region and cases in care homes continue to rise.

The first two cases of the new Covid-19 variant linked to the UK were detected at Elche hospital on Tuesday. Both cases were Spanish nationals, one of whom had been to the UK recently. A further three cases were reported on Wednesday in Valencia and it seems the cases are related to people living in the UK who came to the Valencia region for the festive period.

Against this background, the Valencian government has reminded citizens that New Year’s Eve parties are banned, whatever time they were planned for. This comes following concern that people will gather together during the afternoon of 31 December to be home before the curfew. Valencian president Ximo Puig said there would be ‘tough action’ taken against New Year’s Eve parties which do not respect the current restrictions. He added: ‘There will be no New Year’s Eve nor will there be New Year’s Afternoon.’

He reemphasised that it is fundamental to ‘be aware of the situation we are living in’, otherwise ‘sooner rather than later it will be necessary to bring in new restrictions affecting lives and the economy.’

He added that ‘the large majority of people know what we are risking’, called for ‘co-responsibility’ and told people that ‘we must remove any thoughts that this is a normal New Year’s Eve. It absolutely is not’.

Police forces and the Guardia Civil will reinforce the regional perimeter border and checks on compliance with sanitary measures, although there is worry that private gatherings will take place in rural houses which the authorities cannot control.

In a last-minute move on Wednesday afternoon, the government banned all performances by disc jockeys on New Year’s Eve.

The curfew from 21 December to 15 January is from 11pm to 6am except on 31 December when it is extended to midnight. All public and private gatherings are limited to six people.