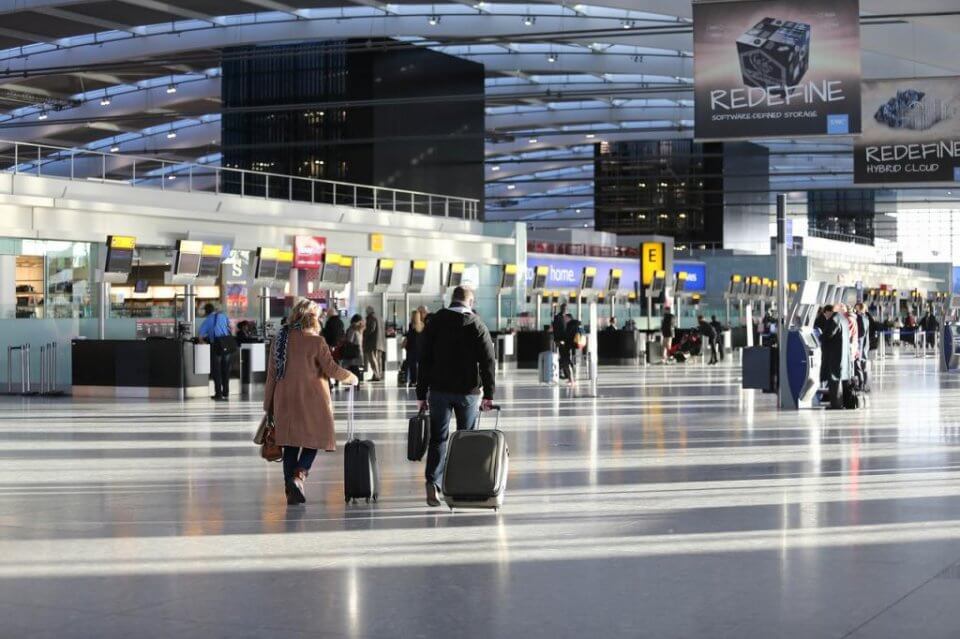 A number of British residents in Spain have been stopped from boarding flights back to Madrid from the UK, after ground staff at Heathrow airport said their residency papers were not valid. The British Embassy in Spain has said that ‘this should not be happening’.

In a series of Tweets from Heathrow on Saturday evening, filmmaker and journalist Max Duncan – one of nine passengers who were not allowed to board a flight to Spain jointly operated by British Airways and Iberia – described the situation as ‘a nightmare’. He said that ‘nine of us were refused at Heathrow even though both UK and Spain regulations say our green [residency] card is valid as proof of residence.’

In a video message recorded back in July, the British Ambassador in Spain, Hugh Elliott, and Spain’s Secretaría de Estado de Migraciones (Ministerio de Inclusión, Seguridad Social y Migraciones), Hana Jalloul, made it clear that the green residency certificate (whether A4 or credit card-sized) would remain valid proof of residency status and rights under the Brexit Withdrawal Agreement, even after the end of the Transition Period.

The message has been conveyed multiple times to British Nationals in Spain over the past few months. Last week, we published another Q&A from the British Embassy, in which they confirmed: ‘The green residency certificate – both A4 and credit card-sized – remain valid documents to demonstrate your status as a resident and your rights under the Withdrawal Agreement.’ However, the Embassy also stated: ‘The Spanish government emphasises that the biometric TIE (Tarjeta de Identidad de Extranjero) is more durable and may simplify some administrative processes and border crossing. If you decide to exchange your green certificate for the TIE, there is no deadline for doing so.’

Spain has currently suspended flight arrivals from the UK since Tuesday 22 December, except for Spanish citizens and residents – and the measures will remain in place at least until 19 January. Spanish citizens and residents also have to show negative results from PCR tests if travelling from the UK to Spain, over fears of the new strain of Covid-19. A TMA (Transcription-Mediated Amplification test) is also valid.

In his tweets, which include short video interviews [see below] with passengers denied flights to Spain from Heathrow, Max Duncan also wrote: ‘I’ve spoken to other people who heard that it would be ok to rebook on a BA flight only to be refused again.’

In response to his tweets, the British Embassy in Spain said: ‘This should not be happening, the Spanish authorities have reconfirmed again this evening that the green residency document will be valid for travel to return to Spain as stated in our travel advice.’

On its Facebook page on Saturday, the British Embassy also stated: ‘Several people have also raised further cases of UK residents in Spain not being able to board flights in the UK or enter Spain today when travelling using the green residency document. This should not be happening, the Spanish Government have today reconfirmed that the green residency document will be accepted for travel to return to Spain, as stated in our travel advice.’

Brit residents of Spain distressed as can't fly home from @HeathrowAirport under #covid19 restrictions as @Iberia_en said their green residence certificate not valid post-#Brexit even tho Spain's @inclusiongob and @FCDOGovUK say it is. Need clarity https://t.co/dLWW0pMBFO pic.twitter.com/ZXAwmRHIAV

Catalan police finally break up a rave in Llinars, around 40 hours after it started

Julian Assange cannot be extradited to USA, a UK judge has ruled

It is quite clear in some of the videos that these people do Not have the green card. They have the very old plastic one, that has been changed at least twice since I have lived here. I and others have warned people on ‘expat’ sites to make sure their documents were valid, only to receive abuse in response. They have been here 25 years, so of Course they are OK! Some of them really think an NIE is all they need! This year is going to be fun!