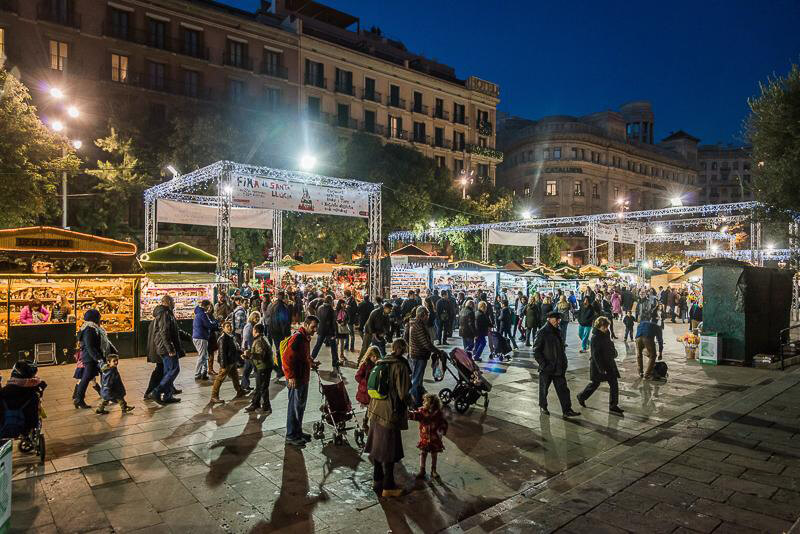 Barcelona’s popular Christmas market, the Fira de Santa Llúcia will once more open for business from 30 November until 23 December. First held back in 1786, nowadays a trip to the fair is an essential part of the festive experience for many local families.

A large range of stalls make up the market, which takes place in front of the city’s cathedral. Among the most popular are those selling items for the pessebre, the nativity scenes that are a common sight in Catalan homes at this time of year.

As well as the familiar characters who appear in the Christmas story, it’s also possible to buy scenery including trees, bridges, wells and bonfires, plus animals, tools and more.

What’s more, no Catalan pessebre would be complete without a caganer (which literally translates as a ‘shitter’), a figure squatting down and doing his business who is usually found in one corner of the scene.

While originally it was designed as a man dressed in a traditional farmer’s outfit, today there are all manner of different caganers of both genders for sale, including politicians, sports personalities and other celebrities who have made the news this year.

Other stalls at Santa Llúcia sell ornaments, greenery and Christmas trees, as well as more modern seasonal gadgets and decorations. A section of the market is dedicated to gifts including jewellery, accessories, wooden toys and more.

On 15 December, the Fira de Santa Llúcia is the setting for the 25th Day of Catalan Christmas traditions and customs, which includes dance, parades and songs.

Comedian in court for blowing nose on national flag