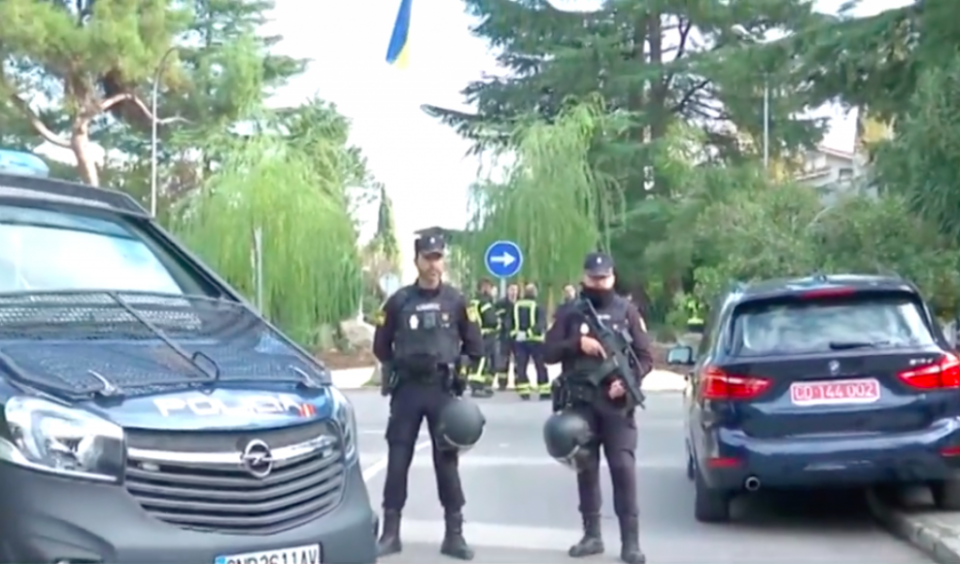 The booby-trapped letters and explosive parcels that were sent to high-profile figures and key locations in Spain during the week are believed to have been posted from Valladolid in the region of Castilla y León.

The six letter bombs appeared to have been posted from the northern city, a source close to the investigation told the Reuters new agency on Saturday. However, no-one has been identified as the sender of the parcels.

The first package received was sent to Prime Minister Pedro Sánchez – and which was only reported after news of the second parcel, received at the Ukrainian Embassy in Madrid on Wednesday, was announced, and where an Embassy employee suffered minor injuries.

The first envelope, ‘containing pyrotechnic material’, according to the Interior Ministry, arrived by regular mail and security staff at the Prime Minister’s official residence, Moncloa, carried out a controlled explosion of the mailed item.

Spain’s High Court has opened a probe for a possible case of terrorism.

Government officials said a third explosive package was detected Wednesday evening at the headquarters of Spanish weapons manufacturer Instalaza in Zaragoza. The factory makes the C90 rocket launcher that Spain has sent to Ukraine. Police carried out a controlled explosion of the parcel.

The Spanish Defence Ministry then said that a fourth package had arrived at the Torrejón de Ardoz air base, just east of Madrid, containing a ‘suspect mechanism’. Extra security forces were deployed to the base.

It said the package was sent to base’s Satellite Centre. The centre supports the EU’s common foreign and security policy by gathering information from space intelligence devices, according to its website. EU Foreign Policy Chief Josep Borrell described such systems as ‘the eyes of Europe’ in September.

A fifth device was received at Spain’s Defence Ministry on Thursday morning and defused by specialist police officers.

Then later on Thursday, police detonated a sixth suspicious parcel discovered at the US Embassy in Madrid.

‘We can confirm a suspicious package was received at the US Embassy in Madrid, and are aware of reports of other packages sent to other locations throughout Spain,’ the American Embassy said in a response to an Associated Press inquiry. ‘We are grateful to Spanish law enforcement for their assistance with this matter,’ it added.

According to Spanish media, the devices sent to the Prime Minister’s office, the Ukraine Embassy, the air base and the arms manufacturer were in similar brown envelopes and addressed to the heads of each institution.

They contained loose gunpowder with an electrical ignition mechanism that would make the powder burn, rather than explode, the reports state.

Foreign Ministry spokesman Oleh Nikolenko wrote on Facebook that the ‘bloody parcels’ were received by the Ukrainian embassies in Hungary, the Netherlands, Poland, Croatia and Italy, as well as by consulates in Naples, Italy; Krakow, Poland and the Czech city of Brno. He said that ‘we are studying the meaning of this message’.