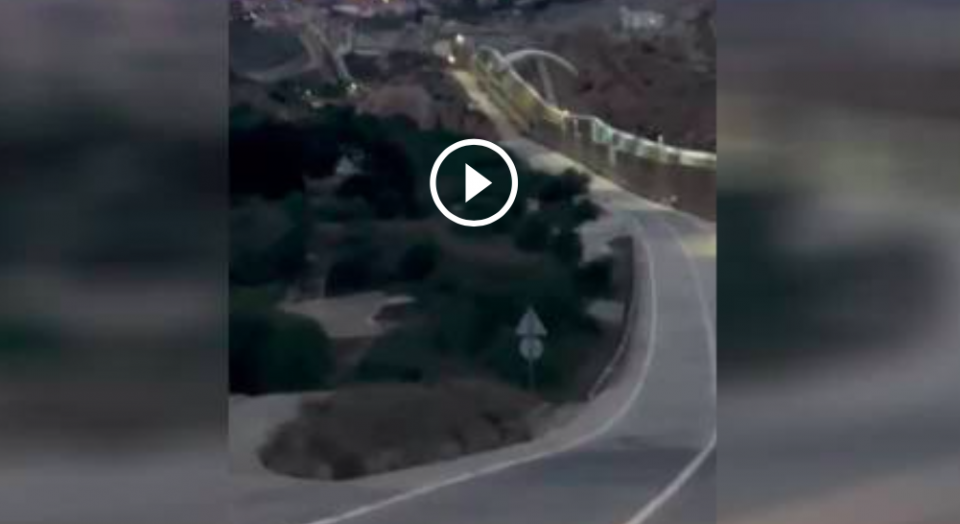 Spanish authorities are looking for a person who paraglided over the border fence from Morocco into the Spanish enclave of Melilla on Thursday, in what appeared to be a new and creative way to migrate irregularly to European territory.

First reported by La Cadena SER in Melilla, a video of the paraglider landing [see Tweet below] was captured by two young people who were travelling along the border perimeter ring road, after being surprised to see something similar to a parachute coming from the Moroccan side. They quickly took out their cell phones and recorded the scene where the paraglider crossed the six-metre-high fence.

‘We have seen a kind of silhouette bigger than a bird,’ the man who captured a video of the paraglider told Cadena SER Melilla. ‘He landed, took off his parachute and ran off.’

The Spanish Government Delegation in Melilla reported that the events took place around 6.15pm on Thursday. Guardia Civil patrols immediately travelled to the area, but were unable to locate the migrant, whose nationality is unknown.

The Melilla border has been at the centre of a scandal after 23 people died there in June during an attempt by hundreds of migrants and refugees to force their way in, resulting in a stampede. Moroccan police launched tear gas and beat men with batons, even when some were prone on the ground. ALSO READ: Spanish government under fire after BBC report on migrant deaths at border.

Spanish authorities have also been accused of unlawfully pushing back some migrants to Morocco, allegedly violating their right to seek asylum.

Several media investigations based on videos and photos of the June incident found that some of the deaths may have taken place on Spanish soil, which Spain’s Interior Minister Fernando Grande-Marlaska has repeatedly denied.