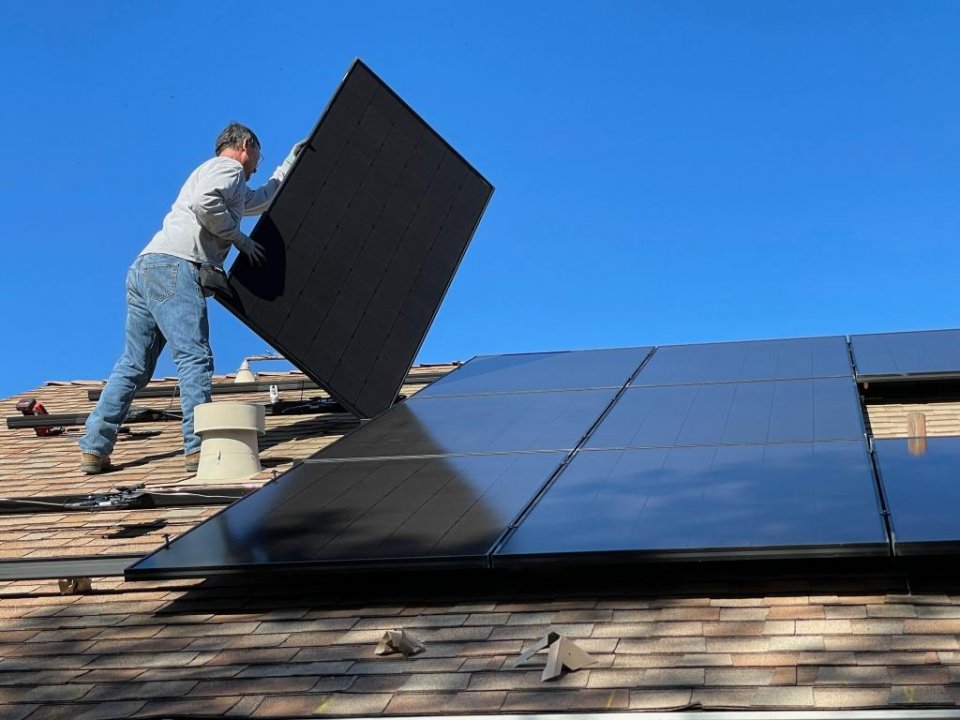 The Spanish government has adopted a series of measures aimed at encouraging the public to install solar panels to generate their own electricity, as the energy crisis sparked by Russia’s war in Ukraine continues.

‘There is a lot of interest’ in the idea of a household generating its own energy, which is ‘a very reasonable way to reduce our bills’, Spain’s Ecology Minister Teresa Ribera said after the weekly cabinet meeting on Tuesday.

Individual energy generation could be encouraged by means of ‘a simplified form of regulation’, she said of measures which align with a European push to reduce the bloc’s reliance on Russian gas.

The move simplifies the process for installing solar panels with a power generation capacity of up to 500 kilowatt/hours and seeks to encourage the installation of photovoltaic panels on public buildings.

The Spanish government is also promising tax deductions for people who install solar panels, although it has not yet confirmed how much this will be.

It also seeks to drum up support for ‘collective power generation’, backing the installation of solar panels on apartment blocks in a country where nearly two-thirds of the population live in flats.

Self-generated electricity has been growing rapidly in Spain since 2018, when Madrid abolished a decree requiring individuals who feed energy back into the grid to pay tax. The tariff had long been decried by its opponents as a ‘tax on the sun’.

According to Spanish solar power lobby, the Unión Española Fotovoltaica (UNEF), the installed capacity for individual energy generation through solar panels reached 1,203 megawatts in 2021, twice that of the 596 megawatts a year earlier. And the figure is expected to be significantly higher in 2022.

The government’s energy-saving plan seeks to cut Spain’s natural gas consumption by up to 13.5% by March, and it also extends a price cap on gas used to produce electricity until December 2023 in order to alleviate household energy bills.

Am I the only one to support Liz Truss. She seeks permission from the Late Queen to form a Government Then
Queen Elizabeth II passes away Then Liz Truss is in a world wind Tour with the new King Charles The Funeral
I would be asking what are all the other members of Parliament doing to Help, Nothing seems the answer
A Political Party surely is just that a Group of like minded professionals working together
Trying to hard seems to have been Liz Truss’s down fall. I would not have blamed her if she had gone to bed for a
Week after the Late Queens Funeral. When you are up to your neck in a lake containing Alligator s it some time
difficult to remember you should have drained the lake Keep your friends close and your enemies closer