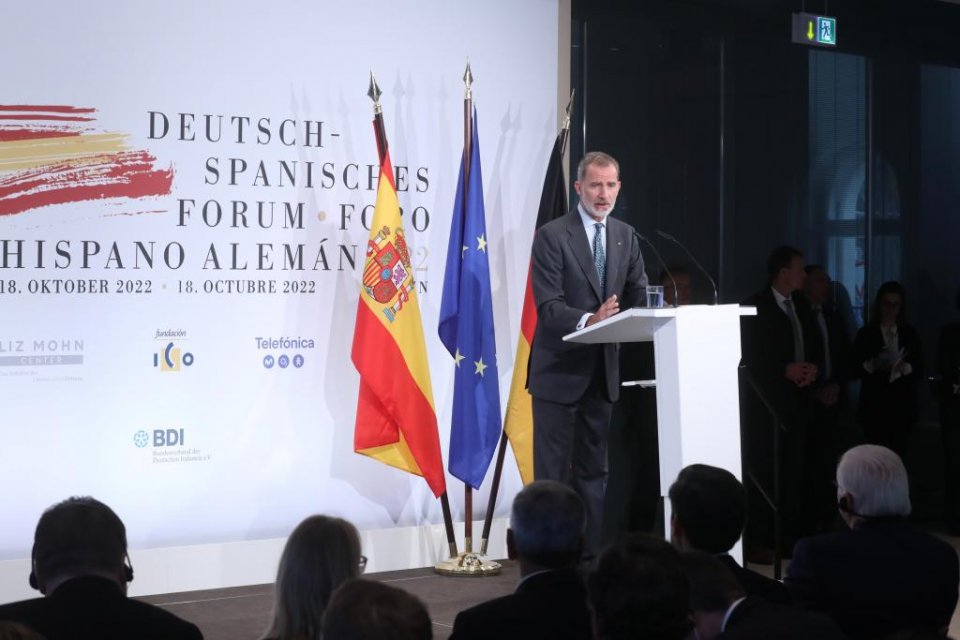 Spain is this year’s official guest of honour at the Frankfurt Book Fair, which opens on Tuesday in the presence of Spain’s King Felipe VI and his wife Queen Letizia, as well as German President Frank-Walter Steinmeier.

Leading Spanish authors will also be attending, and there will be exhibitions about Spanish book illustrators, and of stories told through films, drawings and installations.

The Spanish royals’ state visit to Germany was delayed for a year because of the Coronavirus pandemic, with Felipe VI finally received with military honours by Steinmeier on Monday at the German head of state’s Bellevue Palace in Berlin.

‘Finally we’re here – we’re very happy about that,’ Felipe said. He said Germany and Spain are ‘united by the principles of freedom, democracy and the rule of law.’

The king’s schedule includes a meeting with German Chancellor Olaf Scholz, a visit to the German parliament, Berlin city hall and the capital’s Brandenburg Gate, the symbol of Germany’s post-Cold War reunification.

With Spain being guest of honour at the Frankfurt Book Fair opening on Tuesday, Felipe VI told reporters at the presidential palace that, ‘We hope it will help promote even more the Spanish language and culture as a vehicle for mutual understanding between our two peoples.’

Under the motto ‘Creatividad Desbordante’, Spain will be presenting developments and trends in its literary and cultural life, and especially its current literary and creative industry at the book fair, which runs from 19-23 October.

Spanish is spoken by around 500 million people, making it one of the world’s most vibrant languages. The country’s history and culture is also shaped by other languages, including Catalan, Galician and Basque, each of which has its own literary tradition.

Click here for further details of events related to Spain being guest of honour at the Frankfurt Book Fair.