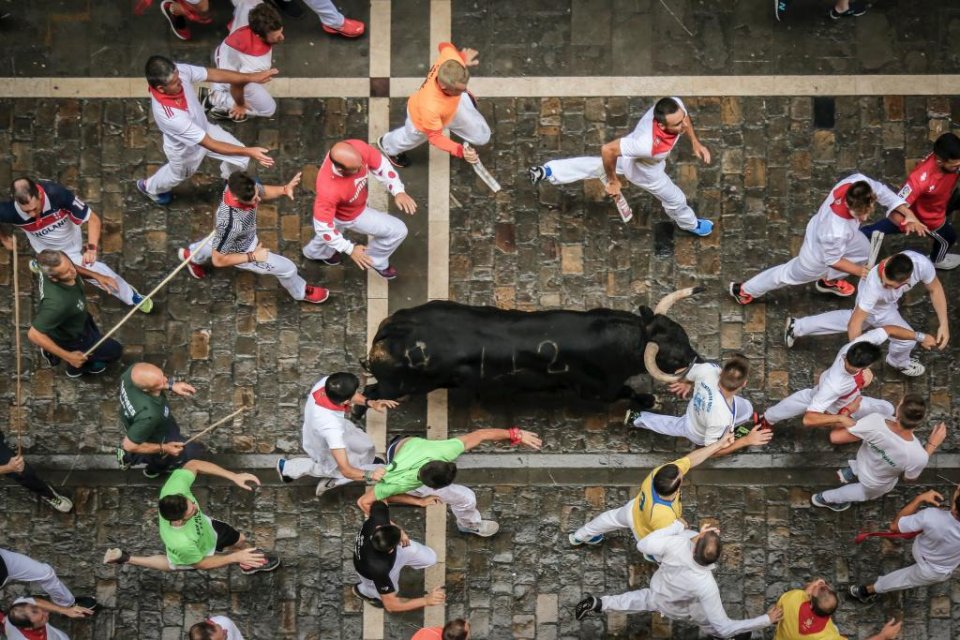 Bull-running festivals have come under the spotlight in Spain again, after the summer saw at least 10 people lose their lives, provoking divisions over the centuries-old tradition yet again.

According to the Spanish Culture Ministry, some 2,700 such spectacles were held in 2021, a reduced amount compared to a regular season due to various pandemic restrictions still in place. In 2019, there were 17,000. This year around 9,000 events are expected to take place, and they will continue until the end of November.

Seven deaths occurred in the Valencia region alone this summer, with a further 380 people injured, where the practice of releasing bulls into the streets for entertainment has sparked a great debate. This year’s toll raises to more than 30 the total number of people who have been killed in Valencia’s bull-running events since 2015.

This summer’s victims, who all died from injuries sustained after being gored or trampled on by the bulls while racing through the streets — known as ‘Bous al carrer’ (bulls in the street) in Valencian — were aged between 18 and 73. Six of them were men. The oldest victim, a 73-year-old French woman who was a regular at bull events, died in the eastern town of Beniarbeig after being gored in the chest.

The other deaths occurred in the regions of Madrid, Castilla y León and Navarra.

Bull-running events are a highlight of summer festivities across Spain, with the best known being the San Fermín festival in the northern city of Pamplona. This year’s San Fermín left a total of 52 people hospitalised, including five who were gored, but none too seriously.

The nine-day Pamplona festival was popularised by Ernest Hemingway’s 1926 novel, The Sun Also Rises, and prior to the cancellations during Covid it had last been called off during the Spanish Civil War in the 1930s.

Thousands of men and women participate in the ‘encierros’, or bull runs, trying to avoid the massive bulls and oxen that thunder along the narrow, twisting,  875-metre course on the cobblestone streets of Pamplona’s old quarter.

In many other towns and villages across Spain during the summer and early autumn months, small groups of bulls are often let loose into a fenced-off area of the streets, as part of a local tradition or fiesta. Hundreds of carefree thrill-seekers run alongside them for a few minutes, in a spectacle that regularly draws thousands of spectators.

In Valencia and in some parts of southern Catalonia, such events are hugely popular. There are also ‘bous a la mar’ – races to the seafront where at the end of the run, the participants try to make the bulls fall into the water, most ending up there themselves.

At end of this report, a sensitive video via Twitter can be seen that has been posted by PACMA, Spain’s political party against the mistreatment of animals, showing a recent embolada festival (fire bulls) in Museros (Valencia), where flares are attached to the horns of a bull.

Although the exact origin of bull-running festivals is unclear, they are thought to have emerged out of the need to bring bulls from the countryside into the towns on market day when they would be coralled through the streets with sticks.

Despite the number of deaths this summer, authorities appear at a loss as to what additional safety measures they can take.

While the public debate in Spain has largely focused on the loss of human lives, activists are demanding a total ban on events where animals are used for entertainment, with the debate now entering the political arena in Valencia.

When the PSOE socialists and their left-wing ally Podemos managed to take over Valencia’s regional government in 2015, ousting the right-wing People’s Party (PP), they were careful to steer clear of the issue. The PP, which has a long history of supporting any bull-related festivities, has always pledged its support for such traditional events.

Podemos, which in Valencia is known as Compromís, is implacably opposed to any entertainment involving bulls.

Two towns in the Valencia region, Sueca and Tavernes de la Valldigna, have recently refused to issue permits for bull-running events this year.

Tavernes mayor, Sergi González, said, ‘This is something that is much talked about, but we have done what very few have dared to do’, with the left-wing coalition council deciding that the activities were ‘incoherent’ with the animal welfare policies that they have introduced.

Meanwhile in Sueca, the socialist mayor, Dimas Vázquez has refused permission for bull-related activities on 10 and 11 September.

‘It’s not a simple issue, whether you’re debating or legislating … there are many sensitivities,’ Valencia’s regional deputy leader Aitana Mas told reporters.

‘At some point, it’s a debate [on bull-running] which we have to have,’ said Mas of the Compromís party, referring to a ban on all such activities, stating that the current legislation is ‘not enough’.

‘We’re talking about seven lives this summer alone,’ she said, but added it was also necessary to talk about ‘protecting animals’.

The federation for groups of bull-running events, however, has said the proposals and initiatives being put forward by politicians have a political agenda, given the fact that there are municipal and regional elections coming up next spring.

The federation stated that the right of access to culture, which includes bullfighting, is enshrined in the Spanish Constitution. It also stated that ‘neither city or town councils, nor the autonomous regional governments, have the power to prohibit or promote referendums or consultations to prevent the celebration of bullfighting festivals’.

Meanwhile, animal welfare associations have published a manifesto calling for a ban on change.org which describes bull-running events as ‘torture dressed up as culture and tradition’ in which ‘abuse is more than evident’.

Such spectacles often involve ‘these noble animals’ being beaten with sticks, kicked, jerked around, insulted, humiliated and subjected to stress, it states, and the runners ‘are often drunk or under the influence of drugs, with many also injured’.

In April 2020, the People for the Ethical Treatment of Animals (PETA) organisation sent a letter to the mayor of Pamplona, offering the city €250,000 if it agreed to permanently end the bull-running and subsequent bullfights, following their temporary suspension during the Covid pandemic. Here we published an opinion piece (24 April 2020) by Elisa Allen, director of PETA UK: Opinion: why bullfights should stay cancelled after Covid-19.

On Saturday 24 September in Madrid, PACMA is holding a demonstration outside the Las Ventas bullring, demanding the end of all bull events in Spain.