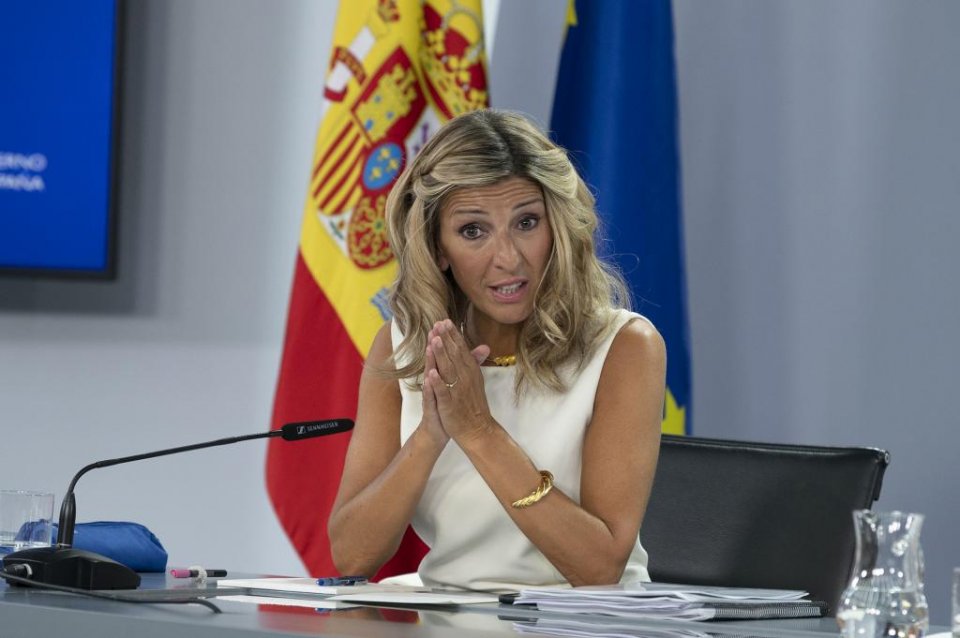 The Spanish government approved a bill on Tuesday to give hundreds of thousands of domestic cleaners and carers the right to unemployment benefits and other job protection measures for the first time.

The country’s Labour Minister Yolanda Díaz said the law would benefit more than 370,000 people, of which 95% are estimated to be women.

Díaz said the bill was intended to end discrimination against workers whose jobs have been undervalued for too long. She said that this is one of the new regulations in Spain that she finds most satisfying, and it comes after the European Court of Justice decreed that Spanish law was discriminatory because it did not recognise the right to unemployment benefit for domestic workers.

‘If there is a job in our lives that is important, it is that of caring and cleaning, and for that reason I think today the country is better off,’ she said.

The new regulations will mean these workers can no longer be dismissed without good reason.

Until now, employers could dismiss domestic workers without having to give a reason, with just 20 days’ notice if they had been employed for more than a year and seven days’ notice if they had been working for less time. The compensation was also extremely low: the equivalent of 12 days’ pay for every year worked, up to a maximum of six months’ salary.

The new law is expected to take effect in October.

Debate reignites over Spain’s bull-running fiestas, after 10 deaths during summer

Bears Week returns in full force to Sitges, with over 10,000 visitors expected