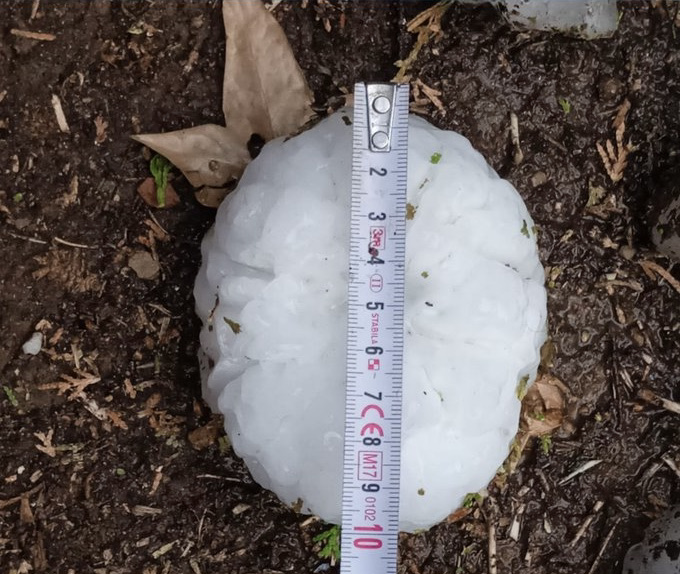 Hailstones of up to 10cm in northern Catalonia resulted in the death of a 20-month-old girl on Tuesday night, after being hit by one in La Bisbal d’Empordà, some 30km east of the city of Girona.

The toddler was one of 30 people hurt after receiving direct impacts from hailstones in and around the Catalan town. She was reportedly out with her parents when the tragedy occurred.

The child was hospitalised at the Josep Trueta Hospital in Girona on Tuesday evening but died during the night. Cause of death was reportedly severe head trauma. The name and nationality of the young girl have not been released. Another person had also been hospitalised but was later discharged.

La Bisbal’s acting mayor, Carme Vall, told RAC 1 radio station that 24 people in the town had to go to the local primary care centre for injuries caused by the hailstorm.

Most of those who needed medical treatment reportedly suffered head injuries or cuts from the ice that needed stitches, as well as broken bones.

The mayor also said that numerous car windows and roofs had been damaged, resulting in water entering households.

Vall said the local council would assess the damages and had already asked for the zone to be declared a disaster area. ALSO READ: Spain classifies wildfire areas as ‘disaster zones’ for emergency subsidies.

Firefighters received dozens of calls from residents who reported damages and other incidents related to the episode.

According to the Catalan weather service (SMC), the hailstones were the biggest in 20 years, since 2002.

Authorities also warned that the episode of severe weather is not yet over and that heavy rain and hail may fall also on Wednesday morning. ALSO READ (19 Aug): Images from the hailstorm in Sitges and Sant Pere de Ribes (Catalonia).