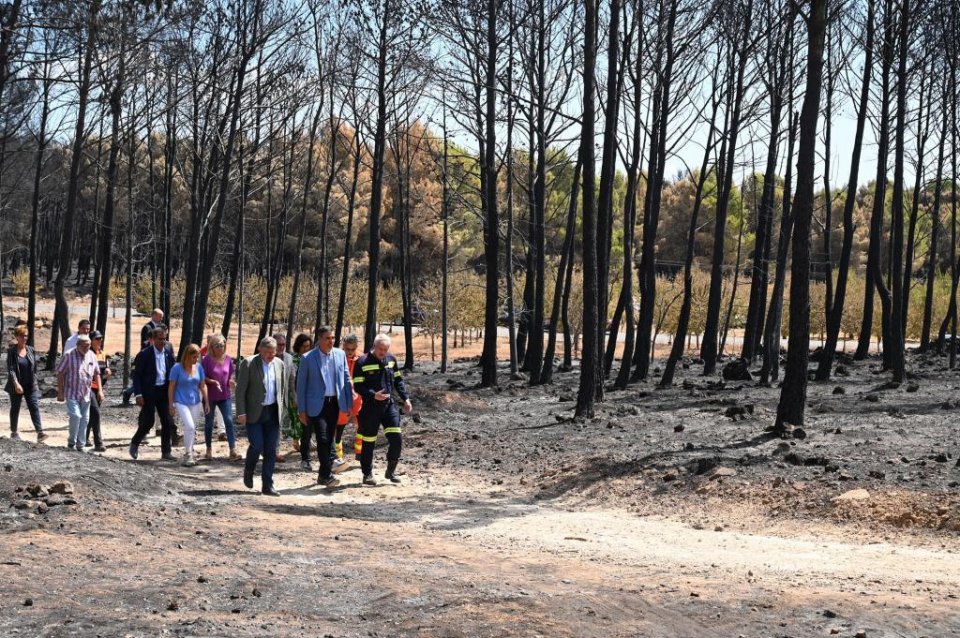 Spanish Prime Minister Pedro Sánchez said on Monday that his government is classifying areas struck by big wildfires this year as disaster zones, a move to be ratified in a cabinet meeting on Tuesday and that will trigger emergency subsidies and other financial support measures.

So far Spain has suffered nearly 400 wildfires this year, following severe heatwaves and long dry spells, which have devastated more than 287,000 hectares of land, according to the European Forest Fire Information System (EFFIS).

That is more than three times the total area destroyed in 2021, according to the EFFIS database.

Sánchez said his cabinet would approve classifying as a disaster zone ‘all territories that have been devastated by the great fires that we have endured throughout this year’.

He was speaking during a visit to Bejís in the province of Castellón in the Valencia region, where a blaze has ravaged vast areas of land over the past week, with around 2,200 people evacuated. Firefighters managed to finally stabilise the blaze on Sunday, allowing local officials to lift all remaining evacuation orders. ALSO READ: All evacuees of Bejís fire can ‘gradually return to homes’, as blaze stabilised.

‘We must equip all the administrations with greater resources and strengthen our institutional cooperation to tackle the common enemy that fires represent,’ said Sánchez on Monday, also calling on all parliamentary groups to ‘abandon any kind of partisan fight’ to support the royal decree on urgent measures in the field of energy and forest fires, which will be debated on Thursday in the Spanish Congress.

‘We are facing a climatic emergency and the Spanish government is fully committed to providing all the means and resources to prevent and extinguish these fires and to recover these unique natural landscapes,’ said Sánchez.

Standing in front of charred trees, Sánchez said he regretted the ‘psychological blow’ suffered by those who had lost their belongings to the flames, as well as the environmental damage.

‘Unfortunately, science tells us that the coming summers are going to be even hotter,’ he added.

Parts of Spain are the driest they have been in a thousand years due to an atmospheric high-pressure system driven by climate change, according to a study published last month in the journal, Nature Geoscience.

Experts say climate change driven by human activity is boosting the intensity and frequency of extreme weather events, such as heatwaves, droughts and wildfires.