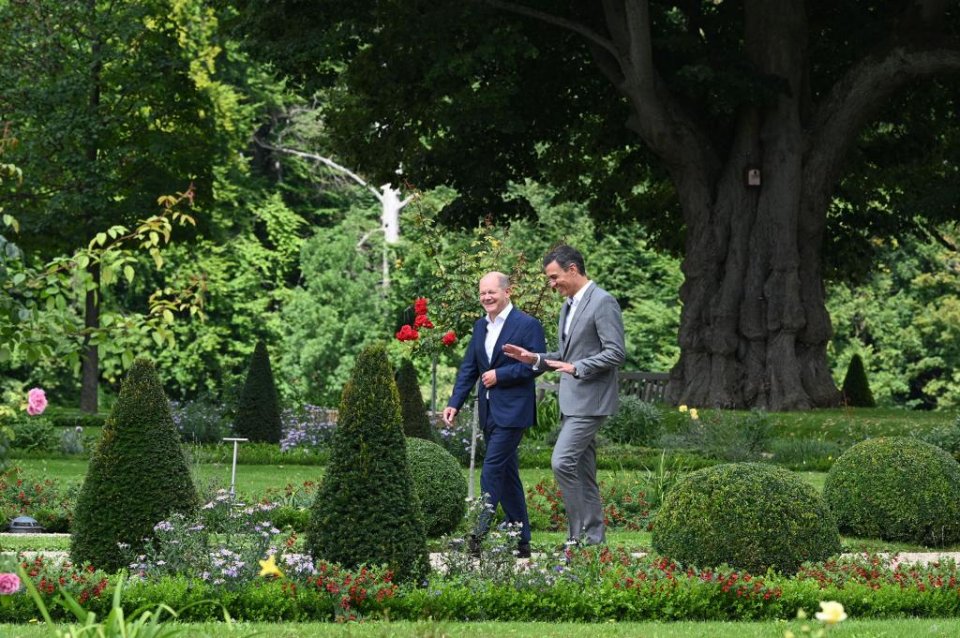 German Chancellor Olaf Scholz has confirmed his strong support for a gas pipeline linking the Iberian peninsula to central Europe, following a meeting with Spanish Prime Minister Pedro Sánchez on Tuesday, and as Berlin scrambles to reduce dependency on Russia.

Scholz said the proposed energy link running through Portugal, Spain and France would be vital in both the short and long term.

‘I want to again underline that I very much support creating such a connection,’ he told reporters when asked about calls to revive the defunct project known as ‘MidCat’.

He said that such a pipeline could ease supply shortfalls in the wake of the Ukraine war, in which Moscow has squeezed gas shipments in response to Western support for Kyiv, as well as transport ‘green’ hydrogen in future.

Scholz said the ‘current crisis’ had made plain how essential European cooperation on energy was.

‘It contributes to our being able to provide more stability for our societies and economies, for citizens, for companies,’ he said. ‘That’s why it’s a great mission to create a major European network.’

Sánchez, whose government has been pushing to revive the pipeline project linking the Catalan Pyrenees with France, said European infrastructure was sorely lacking to boost supplies from west to east.

The part yet to be finished of MidCat would go from northern Africa all the way through the Iberian peninsula and beyond the Pyrenees to decrease Europe’s dependence on Russian gas. Currently, the pipeline ends near the town of Hostalric in the province of Girona (Catalonia), one hour north of Barcelona. ALSO READ: Russian invasion of Ukraine revives Spain-France ‘MidCat’ gas pipeline project.

Sánchez told a joint news conference he was ‘very grateful’ that Scholz ‘shares the vision of a need to bolster our links’ via the pipeline project.

Sánchez said Spain and Portugal were ‘ready to do everything possible to help the countries that currently suffer the most from dependence on Russian gas and Putin’s energy blackmail’.

The proposed pipeline would be similar to the original but defunct MidCat project that sought to link Portugal and Spain to France, but which drew opposition from environmental groups and was halted in 2019 when financing fell through.

France remains lukewarm about the pipeline, prompting Sánchez to suggest that it was possible for the connection to run through Italy instead.

On Tuesday, however, the French economy minister, Bruno Le Maire, said: ‘Spain and Germany are very close allies to France, and when they put forward a proposal, we consider it.’

Toddler killed by hailstones of up to 10cm in northern Catalonia