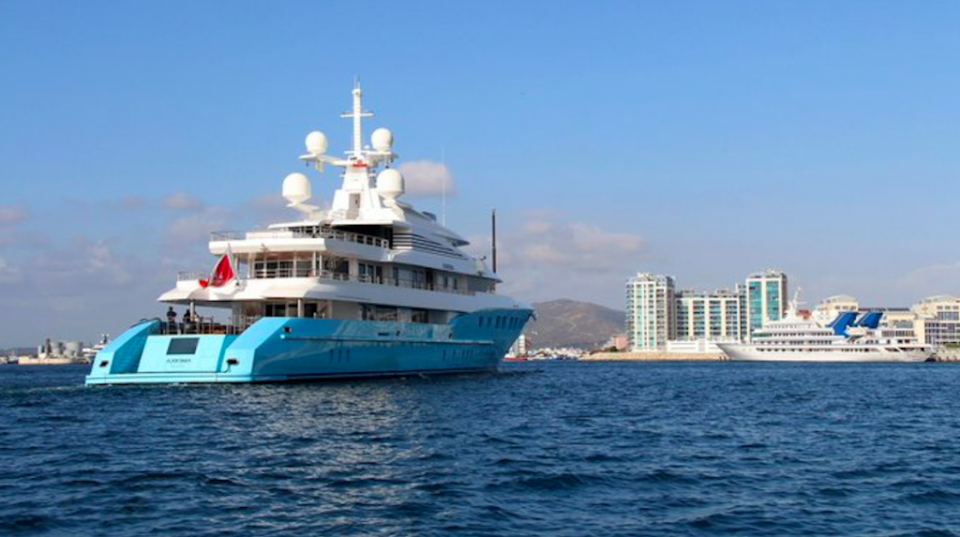 A total of 63 bids were received for a $75m superyacht owned by a sanctioned Russian billionaire, that was being auctioned in Gibraltar on Tuesday, in the first sale of an oligarch’s assets since Russia invaded Ukraine in February.

The 72.5-metre Axioma was seized from steel tycoon Dmitry Pumpyansky in March, following sanctions by the UK, EU and the US. The 58-year-old has an estimated £1.84bn fortune. He is the owner and chair of steel pipe manufacturer OAO TMK, a supplier to the Russian state-owned energy company Gazprom.

The Office of the Admiralty Marshal in Gibraltar said on Tuesday that 63 bids had been received for Axioma but refused to detail the value of the bids for the yacht. The vessel features six luxurious guest cabins, a swimming pool, a 3D cinema room, gym, jacuzzi and a fully equipped spa.

‘The successful bidder will be selected by the Admiralty Marshal but details of the bidder and the value of the offer will remain confidential,’ the court said in a statement. ‘Details about the sale value of the vessel will be made available once the transaction has been completed which could take place in approximately 10 to 14 days.’

The sale of Axioma had attracted some controversy because it was being sold not for the benefit of the Ukrainian people but for a US investment bank, JP Morgan, which claims Pumpyansky owes it more than €20.5m.

The yacht was detained by the Gibraltar government after a legal claim from JP Morgan. The investment bank said the fact that the billionaire had been subjected to sanctions meant the terms of the loan had been breached because it legally could not accept loan repayments from Pumpyansky’s holding company Pyrene Investments. It asked the Gibraltar courts to detain and sell the yacht.

The Axioma is the first seized luxury yacht known to be auctioned since the west imposed sanctions on powerful Russians after the February invasion of Ukraine.

Scores of yachts and houses linked to Russian oligarchs have been seized by world governments since the invasion. British and American authorities have said they would seek to send the proceeds of sold assets to Ukraine.

Spain to install CCTV in slaughterhouses