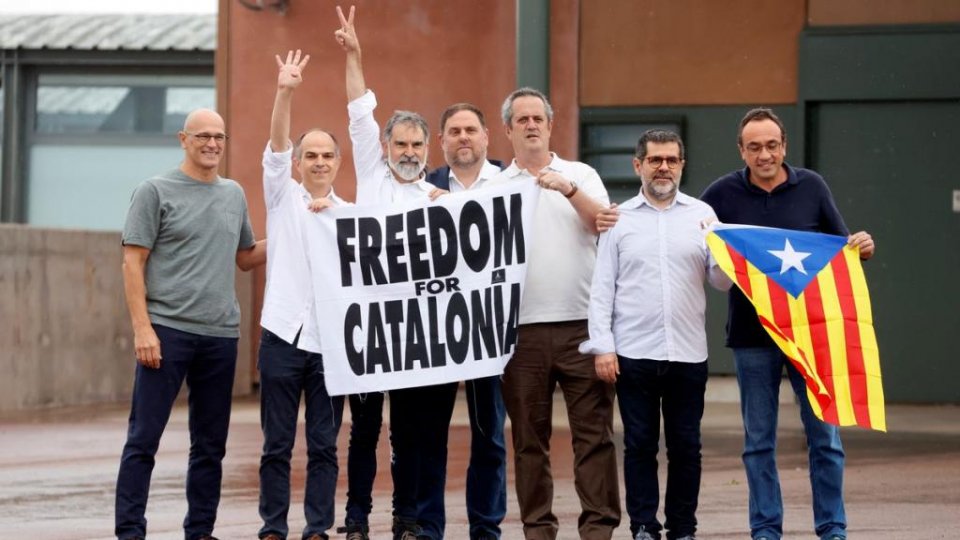 Spain’s Supreme Court has reversed its decision to uphold the pardons granted for the formerly jailed Catalan independence leaders. On Tuesday, the court voted in favour of allowing the appeals against the pardons to go ahead.

In granting the pardons, Sànchez had said that the measure would encourage ‘reconciliation’ between Catalonia and Spain and be a first step towards leaving behind ‘confrontation’.

The nine leaders had been jailed for between 9-13 years by the Supreme Court on 14 October 2019. They had been convicted for crimes of sedition and misuse of funds for their roles in the Catalan independence referendum held on 1 October 2017, deemed ‘illegal’ by the previous PP-led government under Mariano Rajoy. The 2019 verdicts had caused widespread protests across Catalonia. The nine men and women had spent between three-and-a-half and four years behind bars, including pre-trial detention.

While the pardons fell short of the independence movement’s demands for a general amnesty and a referendum on self-determination, the Catalan government welcome them for helping to ‘ease the pain’ caused by the ‘unfair’ sentencing.

Spain’s top court reversed its decision to uphold the pardons on Tuesday and is now set to review a decision that granted freedom to nine Catalan leaders. The court had previously decided against such a review in January, but reversed itself after objections were tendered by the right-wing People’s Party (PP), Ciudadanos (Cs) and far right Vox party.

Opponents of the pardons say they should not have been granted while those who were convicted continue their claims that Catalonia should enjoy independence.

But the new threat to their freedom is now also likely to spark protests. Catalan President Pere Aragonès criticised the move to revisit the case. ‘This is not a legal, but a political decision,’ he said, noting it is likely to inflame tensions in Spain again.