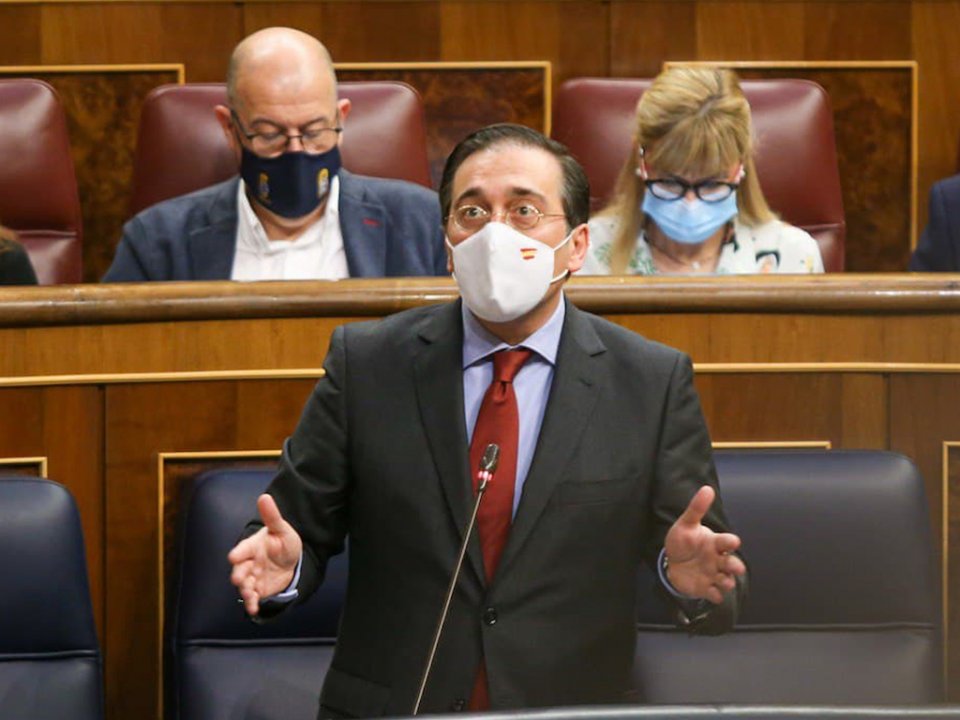 Morocco on Sunday reinstated its ambassador to Spain, ending a 10-month row between the two countries after Madrid shifted its long-standing position on Western Sahara, its former colony in North Africa.

But the move has opened a new diplomatic row for Spain with Algeria — its other North Africa neighbour, a crucial natural gas supplier and Morocco’s regional foe — which recalled its own ambassador to Madrid in protest for Spain’s ‘abrupt U-turn’. Algerian Ambassador Said Musi was called back ‘for consultations’, Spanish state broadcaster RTVE reported, citing a statement from the Algerian Foreign Ministry.

Western Sahara, a vast territory largely barren but rich in phosphates and facing fertile fishing grounds in the Atlantic Ocean, is disputed between Morocco, which annexed it in 1976, and the Algeria-backed Polisario Front independence movement.

Spain had until now tried to appear neutral on the issue of Western Sahara. Ties between Spain and Morocco hit a low in April 2021, however, after Madrid allowed Western Sahara independence leader Brahim Ghali into a Spanish hospital when he was ill with Covid. A month later Spain was caught off guard when over 10,000 people entered its tiny north African enclave of Ceuta as Moroccan border forces looked the other way.

On Friday, the Moroccan Royal Palace announced that the Spanish government had for the first time conceded that Western Sahara could be an autonomous province under Moroccan sovereignty as proposed by Rabat.

Spanish Foreign Minister José Manuel Albares confirmed the announcement, stating that Rabat’s 2007 proposal to offer Western Sahara autonomy within Morocco was the ‘most serious, realistic and credible basis’ to end a decades-long dispute over the vast territory.

Shortly afterwards, Madrid issued a statement ‘in response to the communications from the Royal Palace of Morocco’ hailing the beginning of a ‘new phase’ in relations with Morocco that would be based on mutual respect and ensure the stability and territorial integrity of both countries.

‘Today we begin a new stage in the relationship with Morocco based on mutual respect, compliance with agreements, the absence of unilateral actions and transparency and permanent communication,’ the statement read. ‘This new stage will be developed, as indicated in the communiqués of the Government of Morocco, in a clear and ambitious roadmap. All this to guarantee the stability, sovereignty, territorial integrity and prosperity of our two countries.’

‘We reiterate our determination to face common challenges together, especially cooperation in the management of migratory flows in the Mediterranean and the Atlantic, always acting in a spirit of full cooperation, and to restore full normality in the movement of people and goods, for the benefit of our peoples,’ the statement continued.

Karima Benyaich, the Moroccan envoy to Spain, on Sunday told Spanish state news agency EFE that she had returned to Madrid the day before, shortly after the Spanish government backed Rabat’s plan to give more autonomy to Western Sahara as long as the territory remains under its grip.

The Polisario, however, has criticised Spain’s shifting stance. The independence-seeking Sahrawis say the decision is a ‘grave error’ that yields to Morocco’s leverage over the control of migrants crossing into Europe.

They also accuse Madrid of taking sides in a dispute that for decades the Spanish government said could only be settled in a referendum to be held under the United Nations.

‘It’s a pleasure to return to work in Madrid and strengthen the relations between Spain and Morocco in the way that our respective countries have determined,’ Benyaich was quoted by EFE.

Algeria, which has thrown its weight behind the Polisario, recalled its ambassador to Spain on Saturday, condemning Madrid’s ‘abrupt U-turn’ in a statement.

A Spanish Foreign Ministry official said that Madrid had ‘previously informed the Algerian government about its position regarding Sahara’.

‘For Spain, Algeria is a strategic, priority and reliable partner with whom we intend to maintain a privileged relationship,’ the official, who was not authorised to be named in media reports, said.

Man jumps from 7th floor of block of flats in Sitges, but only breaks one leg

Around 25,000 Ukrainian refugees have arrived in Spain so far, claims Minister