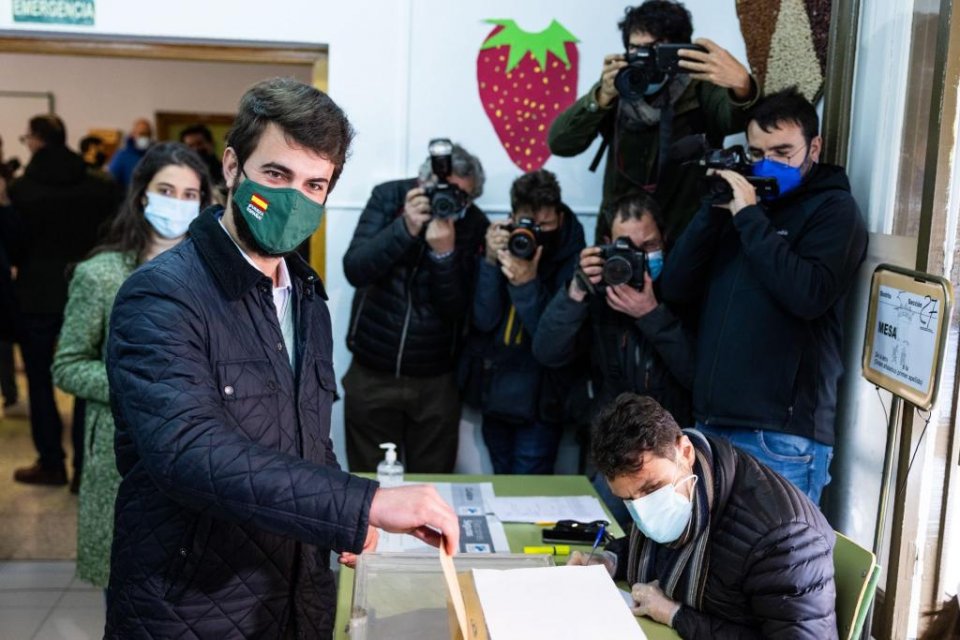 Spain’s far-right Vox party on Thursday entered a regional government as part of a coalition agreement with the right-wing People’s Party (PP), the first time since the dictatorship of Franco that the far-right will govern in a region.

The country’s decentralised system gives Spain’s 17 autonomous regions broad powers, meaning Vox’s entry into the regional government of Castilla y León, north of Madrid, will give it a major impact on policy there.

Vox said it would hold the second-highest position in the government of Castilla y León, where it came third in last month’s regional election.

Although the PP came first, it did not achieve an absolute majority, winning only 31 of the regional assembly’s 81 seats. That left it vulnerable to pressure from Vox — which won 13 seats in a huge increase from the 2019 election where it had secured just one. Also read: PP win Castilla y León election but need to govern with partner – possibly far-right.

‘We have reached an agreement with Vox … that will allow us to establish a stable and solid government,’ tweeted the region’s PP leader Alfonso Fernández Mañueco, who will be reinstated thanks to the deal.

Vox leader in the region Juan García-Gallardo will be Castilla y León’s vice-president, the parties have agreed. He called the coalition deal ‘sensible … without winners or losers’. He added in a Twitter meassage, ‘Let us all work together, with a willingness for dialogue and agreement, to achieve a legislature that benefits citizens.’

The ruling PSOE socialist party immediately attacked the opposition PP over the deal, denouncing it as ‘a pact of shame’.

Founded in 2014, Vox started as a marginal force in Spanish politics before causing a major upset in December 2018 when it entered a regional parliament for the first time, winning 12 seats in the assembly of Andalusia in the south. Following Spain’s national elections in December 2019, Vox became the third-largest party in Spanish politics winning 52 seats in the 350-seat parliament.

The regional governments of Andalusia and the Madrid region are both PP-led but supported from the outside by Vox in exchange for political concessions.

Vox campaigns to repeal a law banning Franco-era symbols and legislation inspired by feminism. It also seeks to end Spain’s quasi-federal organisation, whereby the regions independently administer key policies such as health and education, and wants to return Spain to the centralist form of government that existed during the dictatorship.

The last time the far right held power in Spain was through the 1937 merging of the Falange Fascists with other traditionalist factions into a single-party system that lasted until Franco’s death in 1975.