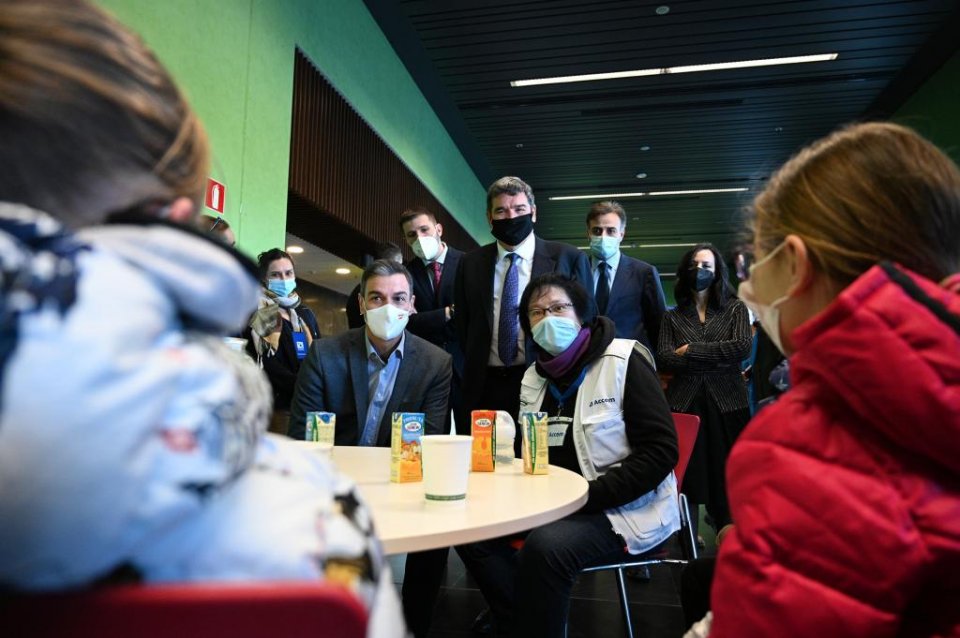 Spanish Prime Minister Pedro Sánchez accused Russia of ‘war crimes’ on Thursday, a day after an attack on a children’s hospital in the Ukrainian city of Mariupol.

‘We’re seeing how hospitals are being bombed. They are attacking civil society in an indiscriminate manner, therefore clearly violating human rights and more than likely committing war crimes,’ Sánchez said during a visit to a Ukrainian refugee centre near Madrid. ‘Such war crimes cannot go unpunished,’ he added.

The bombing, which practically destroyed the hospital, has triggered global outrage, with Ukraine denouncing the ‘barbaric’ attack as a ‘war crime’.

Russia’s Foreign Minister Sergei Lavrov did not deny the attack but claimed the maternity hospital was a base for ‘radicals’ and that no patients were in the building. He accused Ukrainian ‘nationalist battalions’ of using the hospital to set up firing positions after moving out staff and patients.

Even before the bombing, the chief prosecutor at the International Criminal Court in The Hague said last week he would look into alleged war crimes and crimes against humanity in Ukraine since Moscow’s invasion on 24 February.

Covid figures have skyrocketed in Sitges following the Carnival