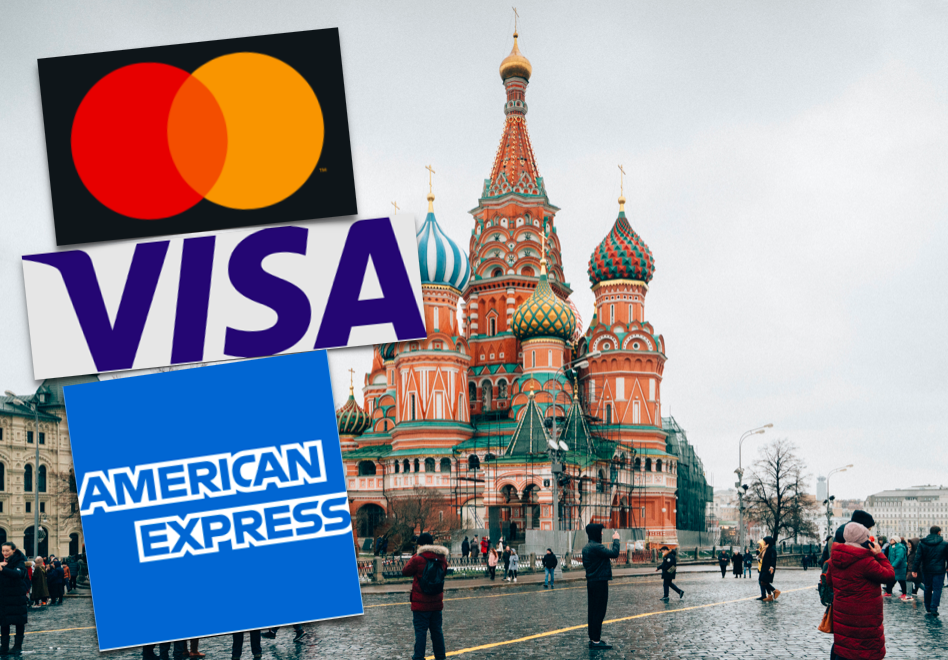 Mastercard, Visa and American Express have all suspended their operations in Russia, in the latest blow to the country’s financial system after its invasion of Ukraine.

The measures were announced in a series of statements during Saturday and Sunday. They follow remarks made by each of the companies last week that they had blocked certain Russian banks in an effort to comply with Western sanctions against the country.

Mastercard said cards issued by Russian banks will no longer be supported by its network and any Mastercard issued outside the country will not work at Russian stores or ATMs.

‘We don’t take this decision lightly,’ Mastercard said in its statement, adding that it made the move after discussions with customers, partners and governments.

Visa said in its statement on Saturday its suspension would be ‘effective immediately’, and all transactions would cease within a matter of days.

‘We are compelled to act following Russia’s unprovoked invasion of Ukraine, and the unacceptable events that we have witnessed,’ Visa Chairman and CEO Al Kelly said. ‘This war and the on-going threat to peace and stability demand we respond in line with our values,’ he added.

American Express CEO Stephen J. Squeri wrote in a statement on Sunday that all globally issued cards will no longer work in Russia, and cards issued within the country will cease to function within the company’s network. It also suspended business in Belarus.

‘This is in addition to the previous steps we have taken, which include halting our relationships with banks in Russia impacted by the US and international government sanctions,’ the statement said.

Earlier last week, Visa and Mastercard had announced more limited moves to block financial institutions from the networks that serve as arteries for the payments system. Russian people have already been hit hard by heavy sanctions and financial penalties imposed by the US government and other nations. Also read: France seizes Russian oil czar’s $120m superyacht, as EU sanctions start to bite.

Since the invasion of Ukraine, the value of the Russian currency, the ruble, has plunged by more than a third to a record low. That’s pushing up inflation for Russian households, and all the fear has helped cause long lines at ATMs.

Many other companies around the world have also made moves to increase the financial pressure on Russia and its people because of its attack on Ukraine.