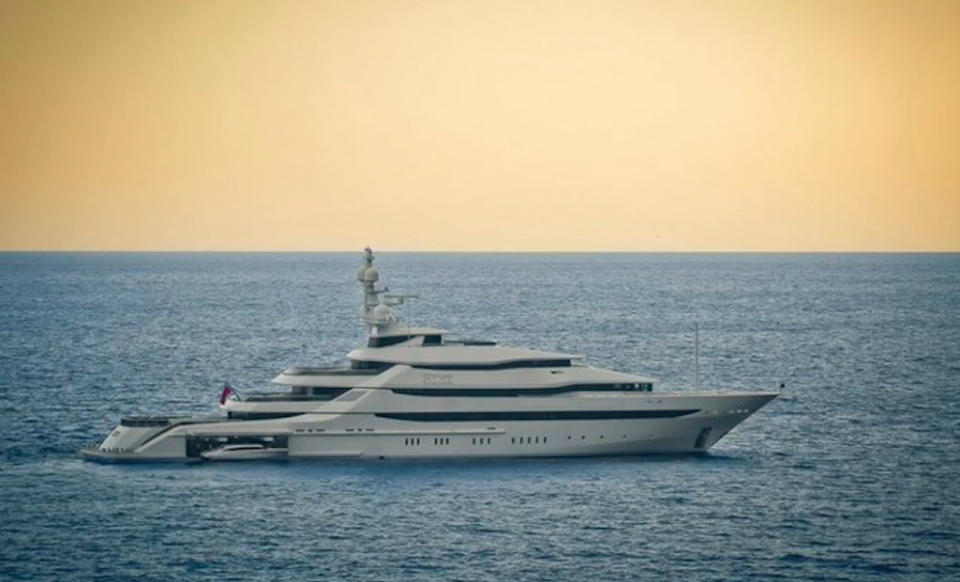 France said on Thursday that it had seized a superyacht valued at $120 million and owned by Russian oil czar Igor Sechin, following through on threats to target sanctioned oligarchs close to Russian leader Vladimir Putin after the Russian invasion of Ukraine.

The vessel, ‘Amore Vero’, was seized at a shipyard at La Ciotat on the French Riviera, a popular summer playground for the super-rich where many tycoons moor their vessels for pleasure or maintenance. The ‘Amore Vero’ superyacht reportedly includes a swimming pool that turns into a helipad.

‘French customs carried out the seizure of the yacht as part of the implementation of sanctions by the European Union against Russia,’ a statement for the French finance ministry said.

The 85.6-metre vessel was owned by a company ‘in which Sechin is the main shareholder’, the statement added.

Sechin, seen as part of Putin’s tightest inner circle and a former deputy prime minister, is chief executive of Russian oil giant Rosneft. Sechin has worked with Putin since the 1990s when they both worked in the Saint Petersburg mayor’s office.

Forbes Magazine reported that German authorities had also seized the superyacht ‘Dilbar’, valued at $600m and belonging to billionaire Russian businessman Alisher Usmanov – but the German government has not confirmed this.

The megayacht ‘Solaris’ owned by Roman Abramovich is reportedly currently located in Barcelona, according to an AFP report citing specialist ship tracking websites, and it is thought to be undergoing maintenance.

Abramovich has not been sanctioned, but announced Wednesday that he was divesting from Chelsea football club in a possibly pre-emptive move.

Putin himself has been repeatedly linked to the 80-metre superyacht ‘Graceful’, which was moved from the German port of Hamburg to the Russian enclave of Kalingrad on the Baltic Sea in early February, according to Marinetraffic.com data.

The EU, the United States and the UK have all announced sanctions against Russian tycoons that are closely connected to Putin.

US President Joe Biden has also instructed the US Department of Justice with assembling a task force ‘to find and seize their [Russian oligarchs’] yachts, their luxury apartments their private jets’.

The EU sanctions are expected to badly hit the businesses of European superyacht builders concentrated in the Netherlands, Germany, Spain and Britain, as well as people who serve as crew.

But campaigners have long argued that Putin depends on the loyalty of the tight group of businessman around him, and that targeting their wealth is a way of destabilising his regime.

Spanish journalist detained in Poland, under suspicion of spying for Russia