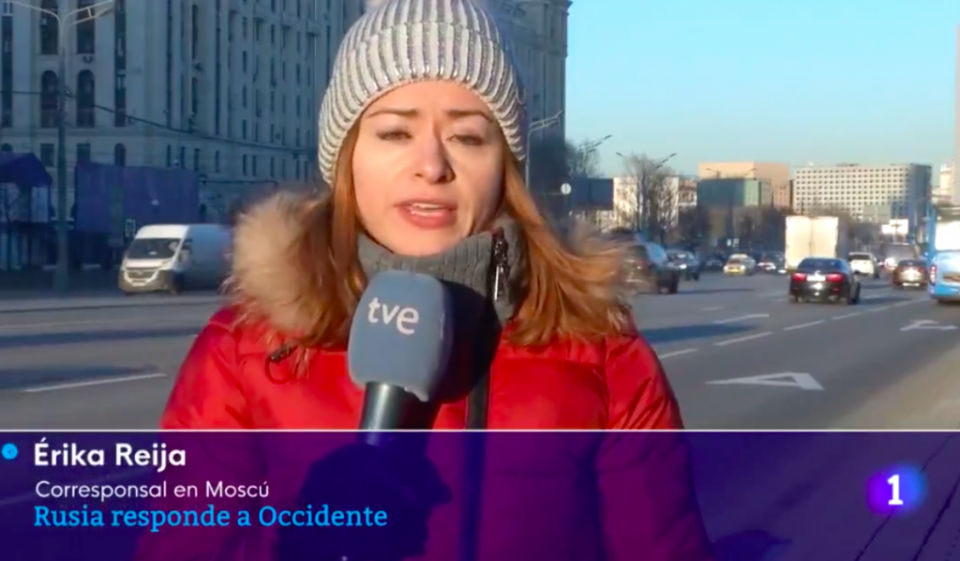 Spain’s public broadcaster Radio Televisión Española (RTVE) and the Spanish news agency EFE both said on Saturday that they were suspending all their reporting activities in Russia, after Moscow moved to impose jail terms on media for publishing ‘false information’ about the military, following the invasion of Ukraine.

Russian President Vladimir Putin on Friday signed into law a bill introducing jail terms of up to 15 years for ‘fake news’ about the Russian army and its activities.

He also signed a bill that would allow fines or jail terms of up to three years for calling for sanctions against Russia.

Russian authorities have repeatedly and falsely decried reports of Russian military setbacks or civilian deaths in Ukraine as ‘fake’ news, as well as reports calling the offensive a war or an invasion. State media outlets and government officials refer to Russia’s invasion of Ukraine as a ‘special military operation’ and insist the Russian forces only target military facilities.

‘The EFE agency decided to temporarily suspend its reporting activity in Russia from today [Saturday],’ the agency said on its website, citing the new law.

‘It’s the first time since 1970, the date EFE opened its permanent office in Moscow, that the agency sees itself forced to suspend the work of its journalists accredited in the Russian capital,’ the news agency said.

‘The EFE agency deeply regrets this serious attack on freedom of expression, an obvious attempt by the Kremlin to hide the truth from public opinion,’ EFE president Gabriela Cañas said.

RTVE on Saturday also announced it would ‘temporarily’ stop reporting from Russia due to the same law.

Érika Reija, RTVE’s correspondent in Moscow, posted on Twitter on Saturday: ‘I have just left Russia. With great sadness, but convinced that it is a necessary step in the face of the possible criminalisation of our work. Thanks to all of you who have sent me strength in recent weeks, the most difficult of my entire life without a doubt.’

Russian authorities on Sunday continued to block independent news outlets and to arrest protestors in an effort to tighten control over what information the domestic audience sees about the invasion of Ukraine.

Several prominent independent online outlets were blocked on Sunday, on top of dozens of others that were blocked last week. Others decided to halt their operations in Russia because of the new repressive laws or refused to cover the invasion at all because of the pressure. Hundreds of protestors have been detained across Russia.

Despite the efforts to tightly control the narrative, Russians all across the country have spoken out against the war. Tens of thousands have signed open letters and online petitions demanding to stop it, and street protests in dozens of Russian cities have been happening almost daily since the attack began on 24 February — always followed by mass detentions.

On Sunday, protests spanned from Siberia to St. Petersburg, with dozens of Russians taking to the streets in different cities. According to OVD-Info, a rights group that tracks political arrests, nearly 2,600 people were detained in 49 Russian cities on Sunday, part of over 10,000 people detained since 24 February.