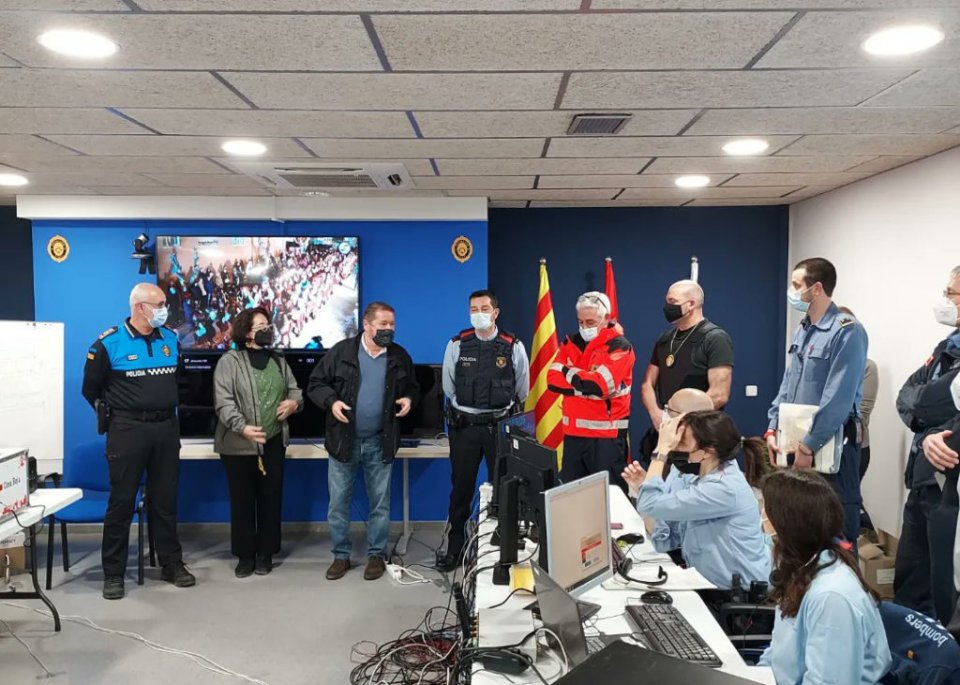 Police checks during the Sitges Carnival on Saturday and Sunday resulted in finding six people who were carrying knives and six others carrying ‘dangerous items’.

During the weekend, the local police carried out 340 checks on people, in addition to those carried out by the Mossos d’Esquadra. However, both days resulted in a low level of crime in proportion to the high volume of visitors.

Both the six knives and the six objects were confiscated by local police officers. In the case of the knives, they were razors and those in possession of them were officially reported. The dangerous objects, however, included iron bars, pepper spray guns or pieces of wood that could cause injuries. The items were confiscated but as they are not officially weapons, the people who were found to be carrying them were not reported and can retrieve the items at the local police station.

The local police and the Mossos d’Esquadra set up a special prevention and security service during the Carnival’s procession days, held on Sunday and Tuesday. It was also strengthened with private security contracts to be able to cover the high demand for security during the crowded Carnival.

Police checks were carried out at fixed points, such as the exit from the station, at the Can Perico roundabout and the accesses to the motorway. There were also police patrols on the street and who were able to resolve some criminal acts, such as the theft of a high value watch and a person who had allegedly stolen 10 mobile phones.

Police checks also found 30 people in possession of drugs, and who were also officially reported. There were also blood alcohol tests carried out on drivers, with five positive cases on Saturday morning and three on Sunday.

At the same time, local police officers also issued three reports for street vending and four for putting out bars to sell food and drink without permission or a license.

Spain to send more troops to reinforce NATO in Latvia, and take in Ukrainian refugees