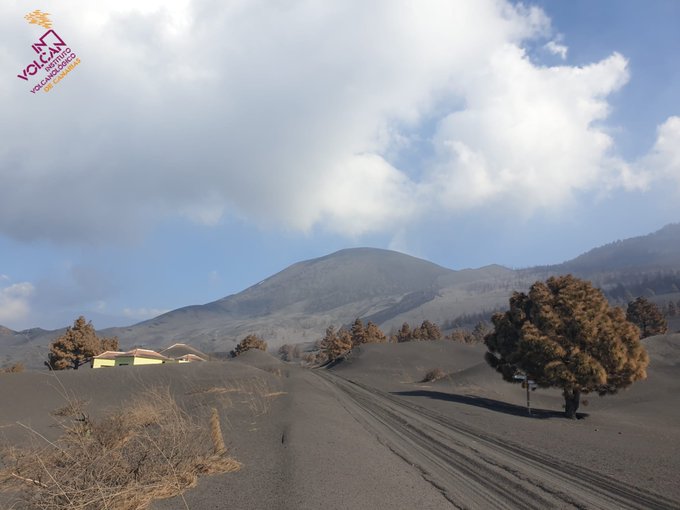 A volcano that has been spewing lava on the island of La Palma in the Canary Islands for almost three months fell quiet on Tuesday, although scientists have warned that the lull didn’t necessarily mean the eruption is over.

Scientists recorded no seismic activity from the Cumbre Vieja volcano since late Monday, the Canary Islands’ volcanology institute, Involcan, said in a tweet.

‘That does not mean the eruption has finished, because in the past this has been followed by a new surge in activity,’ Involcan said. But it added: ‘This is the longest length of time with no earthquakes since the eruption began.’

Rubén López, a volcanologist with Involcan, said there was ‘minimal activity’ at the volcano first began spewing lava on 19 September.

‘Hopefully it will stay that way and we can start thinking about the end of this,’ he told Spanish public broadcaster RTVE.

The eruption has surged and ebbed since it first began, having completed 85 days on Sunday – the longest running eruption on the island since records began in 1500. Since it started, it has destroyed almost 3,000 local buildings and forced several thousand people to abandon their homes.

No injuries or deaths have been directly linked to the eruption on the island of around 80,000 people. Life has continued largely as normal on most of La Palma, where a section of the southwestern side is hardest hit.

Since 21:00 yesterday, there is no volcanic tremor in Cumbre Vieja. This does not imply a termination of the eruption, as its cessation has sometimes been followed by a further increase in activity. This is the longest tremor-free interval since the eruption began. pic.twitter.com/XpBztxulh1