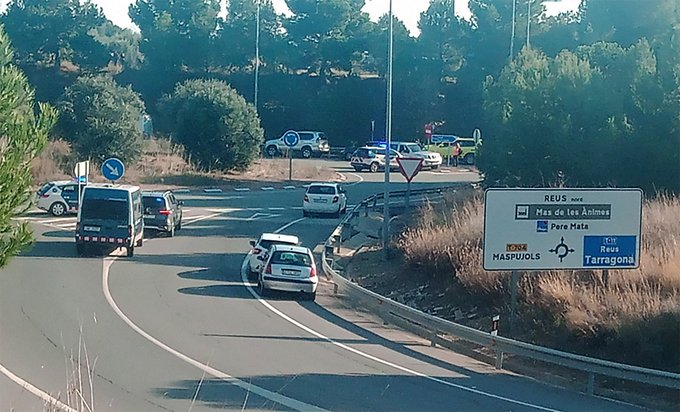 The Catalan police, the Mossos d’Esquadra, detained an armed man in a derelict house on the outskirts of Riudoms, near Reus in the south of Catalonia, following an exchange of gunfire on Tuesday.

The suspect, a former Securitas security guard, had reportedly shot and injured three former co-workers at a Securitas office in General Prim square in the centre of Tarragona on Tuesday morning, before shooting and injuring a police officer at a checkpoint as he fled. One man was in a critical condition, and two people – a man and a woman – in a serious condition, according to emergency services.

The fourth person injured was a Mossos d’Esquadra officer, who was shot and wounded at a police checkpoint at a roundabout on the N-420 in Reus, part of the operation to apprehend the suspect.

The suspect was also injured during the shoot-out between him and officers from the Mossos Special Intervention Group (GEI) at around 4.30pm. Reporters positioned at a nearby roundabout were able to hear around a dozen shots fired.

The suspect received medical attention at the scene and was then transferred to hospital by helicopter.

Police sources said the man had a gun license and was experienced in the use of firearms. The Mossos d’Esquadra chief, Josep Lluís Trapero, followed events closely from the operations coordination centre in Reus.

Members of the public were asked to avoid the area for their own safety and for the safety of the emergency services working there. Catalan police closed the T-11 highway, causing major delays between Reus and Les Borges del Camp.