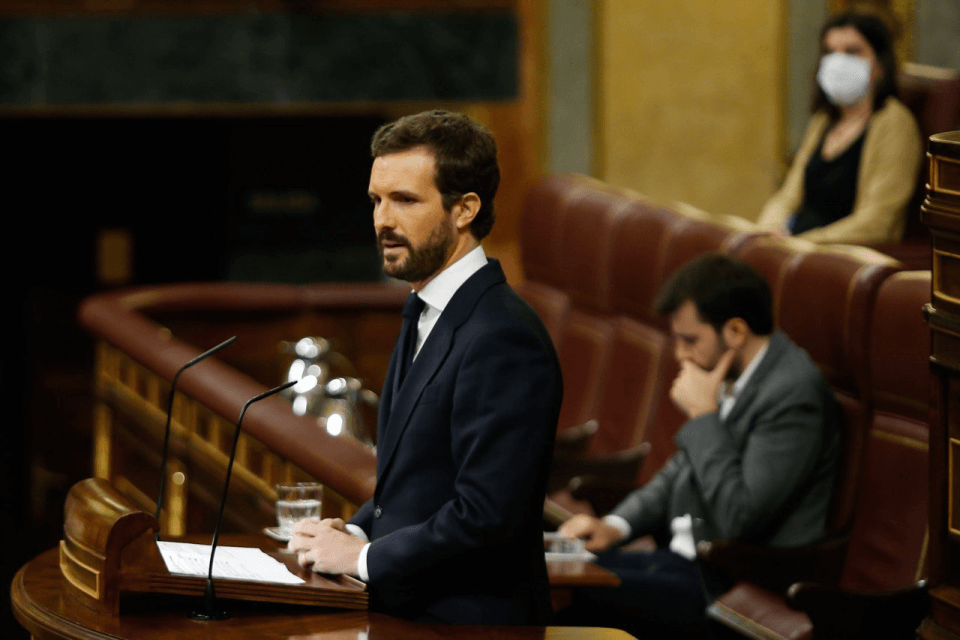 Casado’s PP group said that he had been ‘unaware’ that the mass being held in Granada, Andalusia, and which he attended on Saturday with his family, was one of several services held across Spain to commemorate the 46th anniversary of Franco’s death.

According to reports, Casado simply walked into a church next to his hotel because he knew he would not be able to go to a mass the following day due to his tight schedule.

The Francisco Franco Foundation thanked him for his presence there but said he had not been invited and could not be held responsible.

Pablo Echenique of the left-wing Podemos group and the junior party in the Spanish coalition government, said he doubted the incident was a coincidence.

Spain’s El Diario has reported, with images showing Francoist flags in the pews inside the church during the mass held in Granada, that the Franco Foundation had announced details of the service five days before it was held.

More than half a million people died during the 1936-39 Civil War and an estimated 150,000 were killed later in repression by Franco’s government, historians estimate.

Last week, the ruling coalition government took steps to amend the draft Democratic Memory Law, in a move that could mean crimes committed during the Franco era being prosecuted, having previously been protected until now. Also read: Government amends draft law to allow Franco-era crimes to be prosecuted.