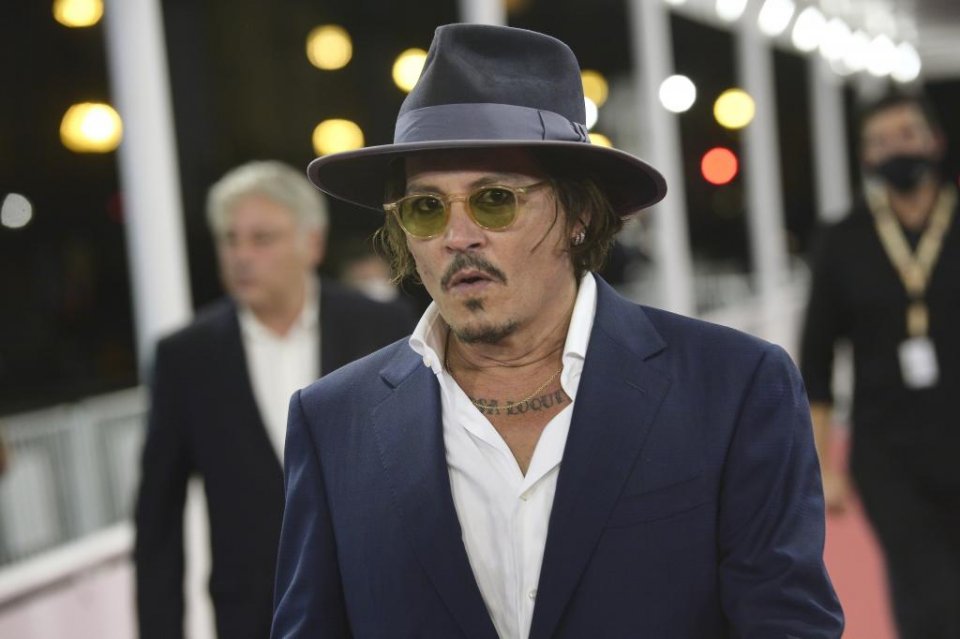 The San Sebastian Film Festival issued a statement on Friday to defend its decision to honour the Hollywood actor Johnny Depp with a lifetime achievement Donostia Award, as originally announced on Monday.

It follows criticism from Spain’s leading association of female filmmakers, the Asociación de Mujeres Cineastas y de Medios Audiovisuales (CIMA), who on Tuesday condemned the film festival’s decision to give Depp an award, saying that it ‘transmits a terrible message’ to the public.

Johnny Depp had brought a libel claim against The Sun tabloid for a 2018 article that branded him a ‘wife-beater’ during his tempestuous relationship with his ex-wife, actress Amber Heard.

However a judge last year ruled against him, saying the article had been proven to be ‘substantially true’ — and Depp was ordered to pay the newspaper’s £628,000 legal costs. After the case, Depp said he was asked to step down from his role in the Fantastic Beasts film franchise based on the book by Harry Potter author J.K. Rowling.

58-year-old Depp is a three-time Academy Award nominee, a Golden Globe winner, a Screen Actors Guild Award winner and the winner of 14 People’s Choice Awards. With more than 90 films to his name, Depp has also produced 10 films, but is probably best known as the swaggering Jack Sparrow in the Pirates of the Caribbean franchise. He will collect the festival’s Donostia Award at a ceremony on 22 September in ‘recognition of his career’, the festival organisers said in a statement.

On Tuesday, Cristina Andreu, president of CIMA, told the Associated Press that she was ‘very surprised’ by the decision to give Depp a Donostia Award. ‘This speaks very badly of the festival and its leadership, and transmits a terrible message to the public: “It doesn’t matter if you are an abuser as long as you are a good actor”,’ Andreu said. A full statement (in Spanish) from CIMA criticising the decision of the film festival can be found by clicking here.

On Friday, the San Sebastian’s festival director, José Luis Rebordinos, issued a statement defending the decision to give Depp an award, stating that the actor ‘has not been charged by any authority in any jurisdiction, nor convicted of any form of violence against women’.

‘The San Sebastian Festival has been accused of failing to display ethical behaviour in regard to violence against women,’ Rebordinos said in a statement. ‘As the director of and person holding the highest responsibility for the festival, I would like to repeat our commitment to fighting inequality, the abuse of power and violence against women.’

Specifically with regards to the festival’s decision to give Depp an award, Rebordinos said: ‘In these present times, when lynching on social media is rife, we will always defend two basic principles which form part of our culture and of our body of laws: that of the presumption of innocence and that of the right to reintegration. According to the proven data which we have to hand, Johnny Depp has not been arrested, charged nor convicted of any form of assault or violence against any woman. We repeat: he has not been charged by any authority in any jurisdiction, nor convicted of any form of violence against women.’

‘The rejection of all violent behaviour and the presumption of innocence are and will always be our ethical principles,’ he added. The full text (in English) of the statement can be read by clicking here.

Depp made his movie debut at the age of 21 as one of Freddy Krueger’s victims in A Nightmare on Elm Street (1984), and over the years, a relationship with the audience crystallised in the early 90s with his lead roles in the cult movie Cry Baby (1990), written and directed by John Waters, and his first collaboration with Tim Burton, Edward Scissorhands (1990). He went on to appear in two more Tim Burton films, Ed Wood (1994) and Sleepy Hollow (1999).

He received his three Oscar nominations for Pirates of the Caribbean: The Curse of the Black Pearl (2003), Finding Neverland (2004) and Sweeney Todd: The Demon Barber of Fleet Street (2007).

Past recipients of the Donostia Award — the festival’s highest honour which is named after the Basque word for the coastal town of San Sebastian — include actors Meryl Streep, Richard Gere, Ian McKellen and Robert De Niro.

This year will be Depp’s third visit to the San Sebastian festival following his fleeting appearance in 1998 with Terry Gilliam, and his visit in 2020 for the participation of Crock of Gold: A Few Rounds with Shane MacGowan.

Coronavirus in Spain (12 Aug) – after a month, incidence rate back below 500