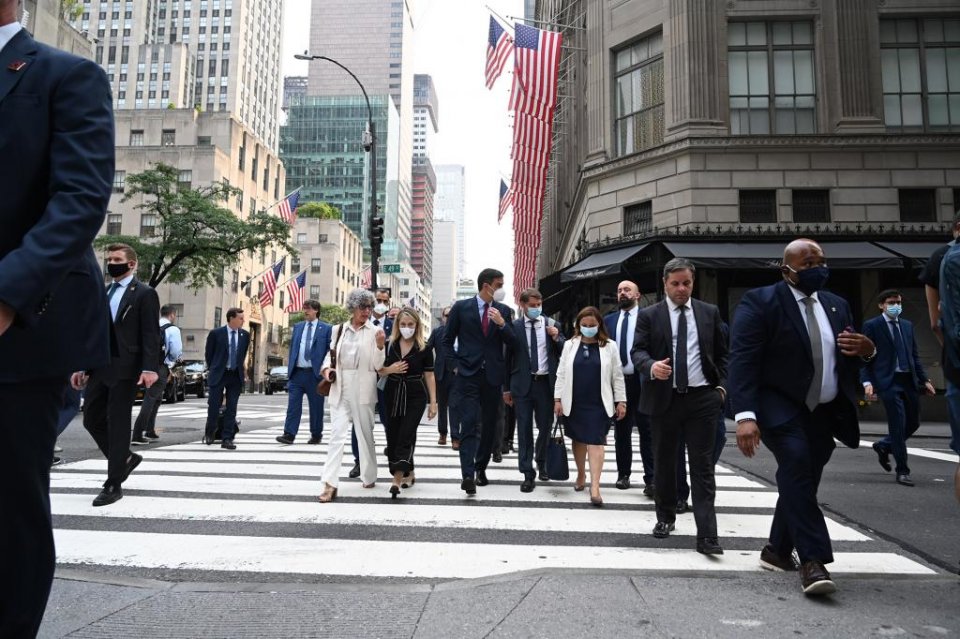 Spanish Prime Minister Pedro Sánchez is this week touring key cities in the United States, including New York, Los Angeles and San Francisco, although the itinerary does not include a visit to the White House in Washington DC to meet with President Joe Biden.

One of the primary purposes of the tour is to meet with and develop relations with large investment funds with interests, or potential interests, in Spain, including Blackstone, Bank of America, Morgan Stanley and JP Morgan.

Sánchez is keen to encourage more private investment into the country, with a particular focus on real estate investment funds. However, there have recently been concerns highlighted by some of the world’s biggest fund managers about the new housing laws in Spain relating to curbing rent increases, along with proposed labour reforms that are potentially being formalised in the next few months.

During a meeting with fund managers from various institutions yesterday, Sánchez explained the situation and laid out how the implementation of the reforms was being managed to ensure that real estate in Spain remains an attractive proposition.

The US Chamber of Commerce had facilitated the meeting, with a view to allaying these fears and allowing Sánchez to promote Spanish real estate investment. This is seen as a key element of his plans to reinvigorate the Spanish economy in the post-pandemic era.

Sánchez outlined that the rent review legislation is very similar to what other European countries are adopting and that this was not considered to be a particular issue affecting Spain alone.

He also highlighted that the Spanish pandemic recovery project funding from the EU of 140 billion euros had been incorporated into a Strategic Plan that covers all aspects of the economy, including 40% relating to ecologicalisation and 20% relating to digitalisation, and that combined these were significant drivers of how the Spanish economy will develop in the future.

By combining public money with private investments that have been targeted at 500 billion dollars, it is hoped that technology and green energy projects will transform the economy.

As part of his visit to the United States, Sánchez is also promoting Spain in the media and was interviewed yesterday on the MSNBC ‘Morning Joe’ show [see video below], when he was questioned about the investment opportunities that he was promoting and the current Covid situation in Spain.

Media in the US are highlighting Spain, France and Britain as having escalating numbers of Covid cases, and Sánchez was questioned about the situation in his country,

Acknowledging that the case numbers were rising rapidly, he also highlighted that the data relating to the impact on hospitalisations and deaths was very encouraging, demonstrating that the vaccines are working.

He highlighted that over 50% of the Spanish adult population was now fully vaccinated and that the country was on track to reach 70% by the end of the summer, when it is hoped that more widespread normality will resume.

The interviewers also asked about Spain’s commitment to addressing issues on climate change, with Sánchez confirming that it continues to be very high on his agenda and that he very much welcomed Joe Biden’s involvement in the global effort to address this, praising his impact since becoming president. He referred to disappointment about previous president Donald Trump’s dismissive comments about the EU generally. ALSO READ: Sánchez has 30 second meeting with Biden – but Spain will host next NATO summit.

Sánchez was also praised for Spain’s efforts in promoting and encouraging gender equality, with his government being highlighted for having the highest percentage of women cabinet members in any government in the world.

The Spanish prime minister will continue his crusade to promote Spain and develop key relationships in the remaining days of his tour, taking in Los Angeles and San Francisco, in the hope that Spain’s relations with the United States will be strengthened and help with the country’s economic developments in the years ahead.

Pedro Sánchez being interviewed on the MSNBC ‘Morning Joe’ show can be seen on the video link below:

Letting the USA investment firms take over the housing market is putting the fox in charge of the hen house. There is more homelessness in the USA, especially Los Angeles, and it’s because of large property buyouts and construction of housing for people who can’t afford to live in them. Bad idea. Maybe Sanchez, needs to spend some time around “Skid Row,” in Los Angeles, like a week, in a dingy hotel? I’d give up a whole weeks salary for a ringside seat to THAT sh*t show.